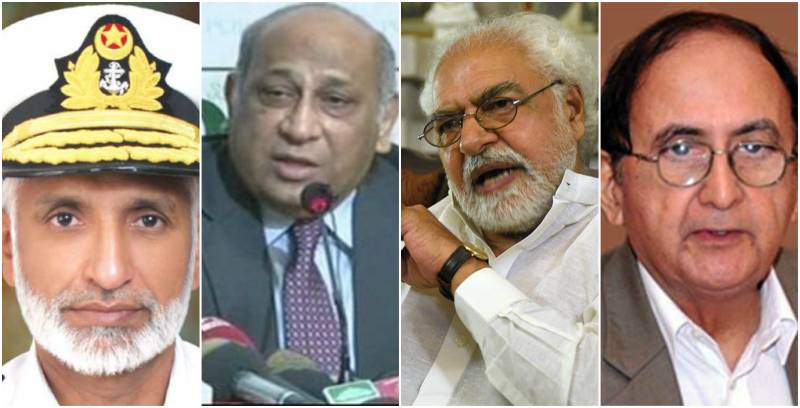 LAHORE - The Election Commission of Pakistan (ECP) has summoned a session on Thursday for the appointment of a caretaker chief minister of Punjab after the parliamentary committee that met today (Wednesday) failed to reach a consensus over the appointment.

The ECP confirmed that former Speaker Punjab assembly has forwarded four names for caretaker CM Punjab and it will announce the name after consultation.

According to the ECP, the government has suggested Justice (r) Sair Ali and Admiral (r) M Zakaullah’s name while opposition has sent names of Ayaz Amir and Dr. Hasan Askari.

The parliamentary committee met at the Punjab Assembly earlier today to deliberate upon the names of candidates proposed for the caretaker provincial chief minister.

The opposition was not happy with government's favorite nominee of Admiral (r) M Zakaullah saying he had no administrative experience while government rejected opposition's suggestion terming them 'biased'.

Currently, only interim chief executives in Sindh and KPK have taken charge to conduct free and fair elections, scheduled on July 25th.