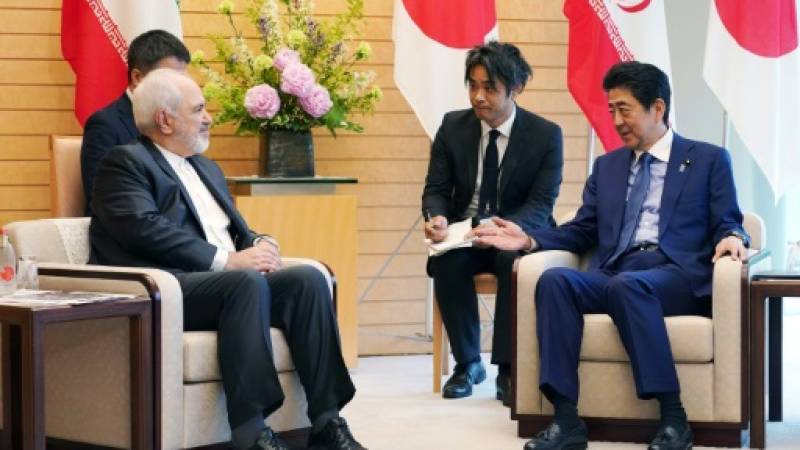 TOKYO - Shinzo Abe plans to travel to Iran next week, officials said Thursday, the first visit by a Japanese prime minister in more than four decades as Tokyo hopes to mediate between Washington and Tehran.

A government official told AFP that Tokyo was "still arranging details, including whom our prime minister will meet there" but local media have said Abe will hold talks with Iran's Supreme Leader Ayatollah Ali Khamenei and President Hassan Rouhani.

Local news agency Kyodo reported it would be the first such visit for 41 years.

As tensions intensify between Iran and Japan's key ally the United States, Abe has reportedly proposed serving as a go-between by directly holding talks with Iran's key leaders.

During his state visit to Tokyo in late May, US President Donald Trump said he remained open to talks with Tehran, appearing to give the green light to Abe's plan.

Abe told a news conference with Trump: "By closely cooperating between Japan and the US, I would like to help ease the current tension surrounding the Iranian situation."

Japan and Iran have maintained a good relationship as resource-poor Japan relies heavily on imports of oil from the Middle East, though crude from Iran accounted for just 5.3 percent of the country's total imports last year.

On the other hand, Iranian and US leaders have ratcheted up barbs and insults ever since Trump was elected as president in 2016.

Living up to his campaign promises, Trump withdrew the US in May 2018 from the landmark 2015 nuclear deal between Iran and major world powers and reimposed sanctions.

The war of words intensified after Iran's revolutionary guards was designated a "terrorist organization", with Tehran hitting back by declaring the US a "state sponsor of terrorism" and Washington's forces in the region "terrorist groups".

Fears the war of words could flare into a military clash escalated when Washington dispatched the USS Abraham Lincoln carrier group, an amphibious assault ship, a Patriot missile battery and B-52 bombers to the region.