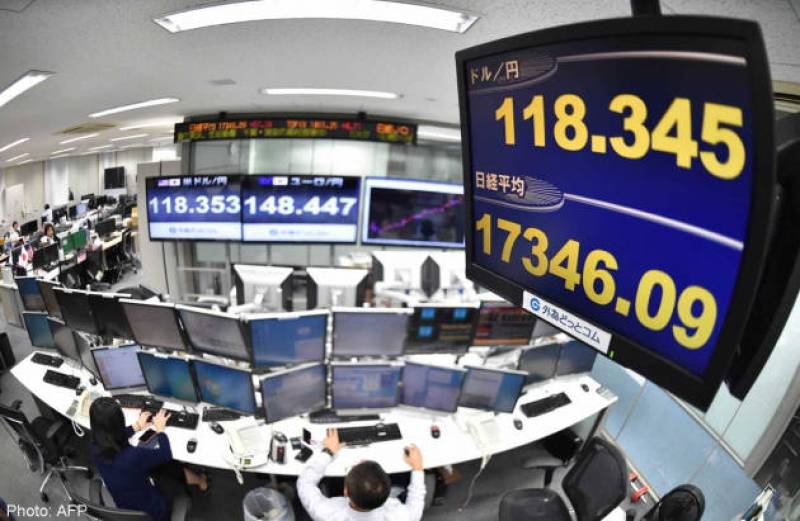 While the euro struggled, the more upbeat mood provided support to the dollar ahead of the release later in the day of US jobs data, with a positive report seen supporting the Federal Reserve's move to raise interest rate.

Tokyo rose 1.06 percent thanks to a weaker yen and Seoul put on 0.34 percent.

Hong Kong gained 0.18 percent and Shanghai was flat with investors subdued a day after China lowered its economics growth target for 2015. Sydney eased 0.43 percent owing to a fall in the price of iron ore.

ECB head Mario Draghi told a news conference that from Monday the bank would buy 60 billion euros ($66 billion) of private and public bonds each month for at least 18 months in a bid to ward off deflation.

At the same time he forecast inflation at zero this year, lower than previously projected, but added it would pick up to 1.5 percent next year and to 1.8 percent in 2017.

The news pushed the euro below $1.10 in New York for the first time since September 2003 before it recovered slightly to end Thursday at $1.1028.

The single currency also bought 132.43 yen compared with 132.50 yen in US trade. "We now have details of European easing measures, and the yen's maintaining 120 to the dollar, these factors should push up stocks," Juichi Wako, a senior strategist at Nomura Holdings Inc. in Tokyo, said. "We'll probably have a wait-and-see mood ahead of the US jobs report."

Wall Street's three main indexes broke a two-day losing streak to rally Thursday on the ECB announcement as well as a $21 billion tie up between Pharma Company AbbVie and drug maker Pharmacyclics.

Focus is now on Friday's US non-farm payrolls figures. Analysts expect growth of 240,000 jobs in February and a fall in the unemployment rate to 5.6 percent from 5.7 percent.

US benchmark West Texas Intermediate for April delivery rose 37 cents to $51.13 while Brent crude for April gained 40 cents to $60.88.