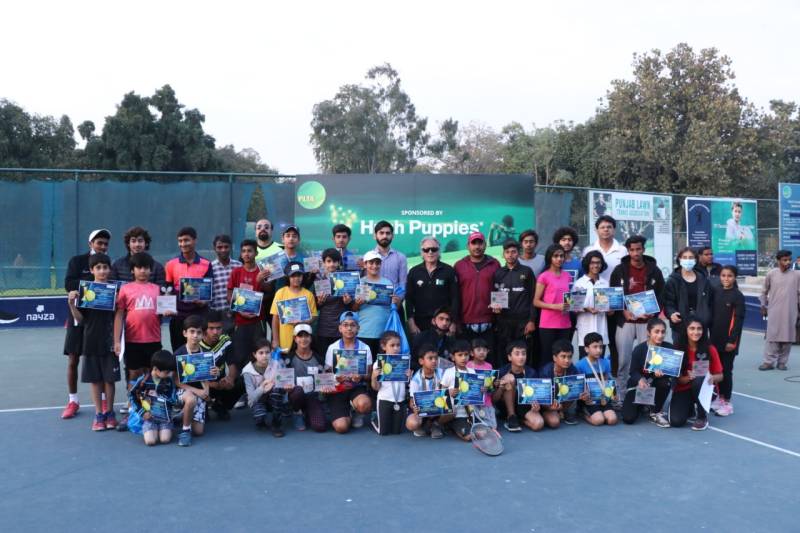 Hasheesh Kumar grabbed the boys U-18 title by beating Faizan Fayyaz 6-3, 3-6, 6-3 in the hard-fought battle. Hasheesh secured the second title of the event, when he, partnering with Mahatir Muhammad, defeated the spirirted pair of Zalan Khan/Hamid Israr 6-3, 3-6, 10-4 in the U-18 doubles final. The girls U-18 title was claimed by sensational Shimza Durab, who outclassed Natalia Zaman 6-1, 6-0.

The boys U-14 final between Asad Zaman and Ahtesham Humayun was a treat to watch, where after a tough fight, the former won it 4-6, 6-4, 6-0. Asad, who was a ball boy at Punjab Tennis Academy, but soon after he was trained by former Davis Cupper Rashid Malik (ZTBL coach) and sponsored by McDonald’s, he started creating waves and beating top players. After recording a number of title victories, now Asad also lifted his national U-14 title, which is a great success for the youngsters, who has very a bright future ahead in tennis. Speaking on the occasion, Asad thanked coach Rashid Malik and also paid tribute to McDonald’s Pakistan for sponsoring him and vowed to win more titles. 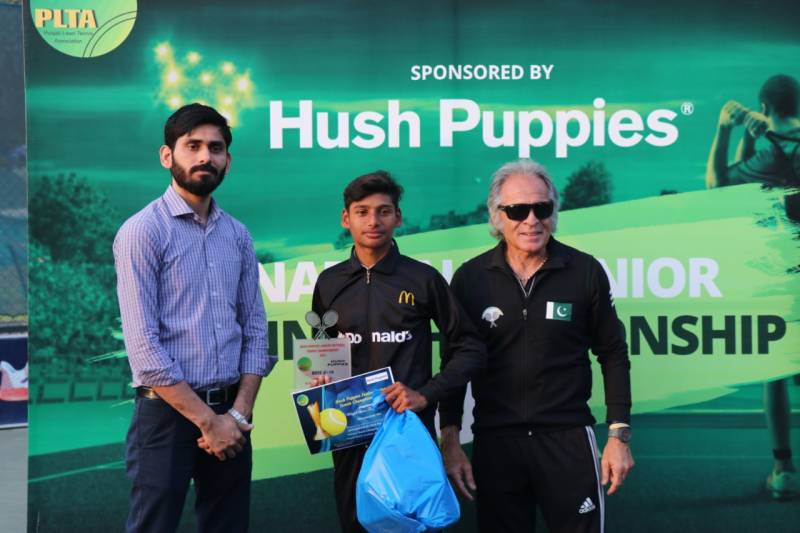 In the boys U-14 doubles final, Haider Ali Rizwan/Husnain Ali Rizwan outpaced the pair of Ahtesham Humayun and Hamza Roman 4-1, 4-2 to clinch the title. The girls U-14 title was lifted by Amna Ali Qayyum, who outlasted Labika Durab 4-1, 4-1. Haniya Minhas claimed the boys/girls U-12 title by beating Hamza Roman 1-4, 4-1, 4-2. In boys/girls U-12 doubles, Wapda’s Abubakar Talha/Haniya beat Omer Jawad/Ismail Aftab 4-0, 4-0.

The boys/girls U-10 title as grabbed by Abdur Rehman bin Mohammad Sohail, who beat his younger sister Hajra Sohail 4-0, 4-2 for his seventh consecutive title of this year. For Hajra (AAA Associates), it was third title of the year. Muhammad Sohail Rana, father of proud kids, thanked PLTA Secretary Rashid Malik for conducting such colorful events one after another on regular basis and also expressed his gratitude to Lt Col (r) Shahzad Kiyani of AAA Associates for his entire support and dedication to help the kids achieve these feats.

Hush Puppies HR Head Muhammad Qasim graced the occasion as chief guest and he, along with PLTA Secretary Rashid Malik (Tamgha-e-Imtiaz), distributed prizes and shields among the winners and position holders. The chief guest assured his company’s all-out support for the promotion of tennis and also lauded the promising young players, who showcased their talent during the enthralling finals.