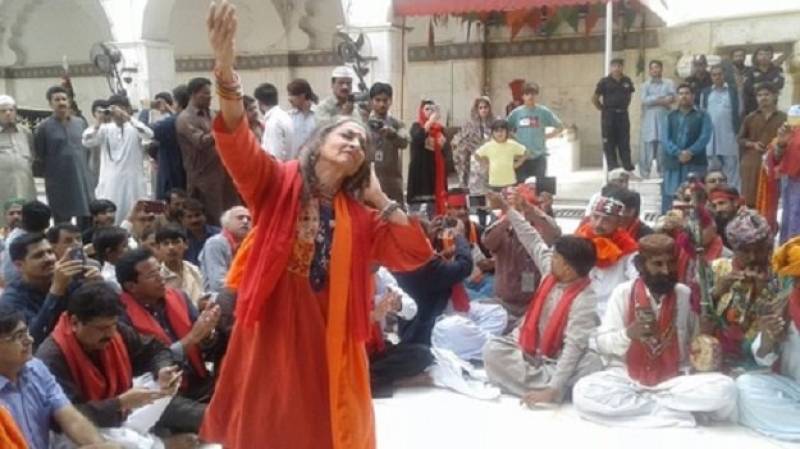 SEHWAN - The heat strokes have claimed 4 more lives in Sehwan, where pilgrims from across the country have gathered to commemorate the 766th death anniversary of Sufi saint Lal Shahbaz Qalandar.

According to media reports, the death toll due to extremely hot weather reaches 9 on the 2nd day of Urs.

The mercury touched 45-degree Celsius today (Sunday) increasing the difficulties of pilgrims who were complaining about lack of facilities at the shrine.

The visitors come prepared to stay in the city throughout the urs, with some renting houses from locals while others carry tents with them for their sojourn.

Lal Shahbaz's urs (death anniversary commemoration) is held at Sehwan on the 18 of Shaaban, eighth month of the Muslim calendar.

More than half a million pilgrims from all over Pakistan flock to the city. On each morning of the three-day feast, Sehwan is packed with pilgrims and devotees who sing and indulge in trance-like dance from early morning till night.

Folk singers (mandali) from different regions of the country are also part of the event each year.