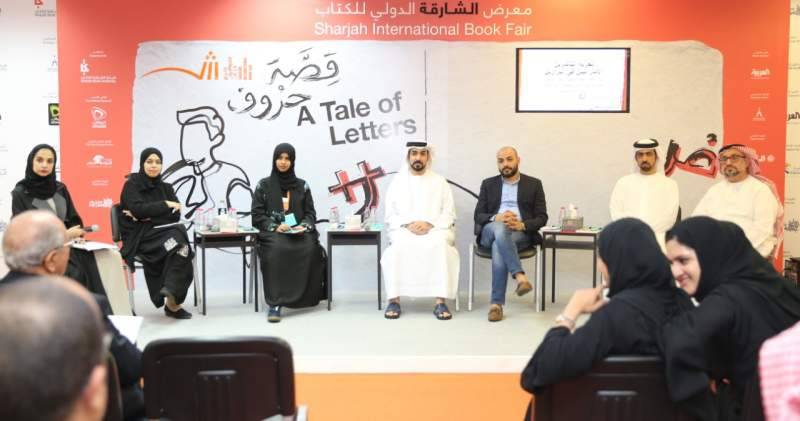 SHARJAH - Emirates Publishers Association (EPA) held a panel discussion on the sidelines of the 37th edition of Sharjah International Book Fair (SIBF), running from October 31 to November 10, under the theme “Tale of Letters”. The session aimed to shed light on EPA’s experience in Sao Paulo International Book Fair 2018, which was conducted in August, as well as the meetings held with Latin and international publishers.

Participants shared their impression on the Professional Program organized during Sao Paulo International Book Fair, where they entered into agreements to buy and sell copyrights and translations rights with 30 Brazilian and 20 Latin American publishers.

During the session, moderated by Asma Hassouni, executive director of EPA, Rashid Al Kous noted that the participation of Sharjah in Sao Paulo Book Fair as a guest of honour, offered EPA a unique platform to negotiate and look into new opportunities in the Latin American markets across all fields, including children and young people’s books, adult literature, poems translated from various Latin American languages to Arabic and vice versa.

Mohamed bin Dakheen, EPA Treasurer and Board Member, and Director of Dar Al Takhayul publishing house said that the visit was the first-of-its-kind in his career as a publisher, offering him the chance to explore various Latin American titles. Dar Al Takhayul has signed two deals to translate several Arabic books into Latin American languages. They also held a series of meetings with various publishing houses from Brazil, Argentina and Columbia.

Dr Alyazia Khalifa, Director of Al Fulk Translation and Publishing, noted that copyright deals involve inevitable risks and require patience, as they may take years to be finalized. She encouraged the audience to read Portuguese poems and publishing houses to translate them. She said this allows people to explore the aesthetic features of “one of the most beautiful poems that I have ever read.”

Dr Khalifa added that the Al Fulk Translation and Publishing house have signed translation rights and copyrights of an important Latin book, whilst other deals are still under consideration.

Tamer Saeed, general manager of Kalimat Group, shed light on the similarities between the Arab and Brazilian literature, which has been transferred to Latin America by the Arab immigrants, as well as the common challenges faced by the Arab and Brazilian publishing sectors. He also showcased ways to enhance bilateral cooperation and facilitate new opportunities for copyright and translation deals for both Arabic and Latin American books.

Dr Fatima Al Breiki, Founder of Sama Publishing & Production & Distribution, said that the visit to Sao Paulo offered her the chance to know more about the Brazilian publishing sector. She said that the benefit from EPA’s professional program was the access to top books for children and young people. “We all share a passion for this type of literary works,” She commented.

On the other hand, Abdullah Al Kaabi, from Dragon for Publishing and Distribution, pointed out that the publishing house had always targeted only the Chinese publishing market, but this experience opened new horizons for expanding their business and forge new partnerships with Latin publishing houses. He added that joining EPA’s delegation to Sao Paulo International Book Fair gave them the chance to learn the process of promoting publications and handle negotiations, whilst offered Latin American publishers an opportunity to benefit from the expertise of the Emirati publishing houses.