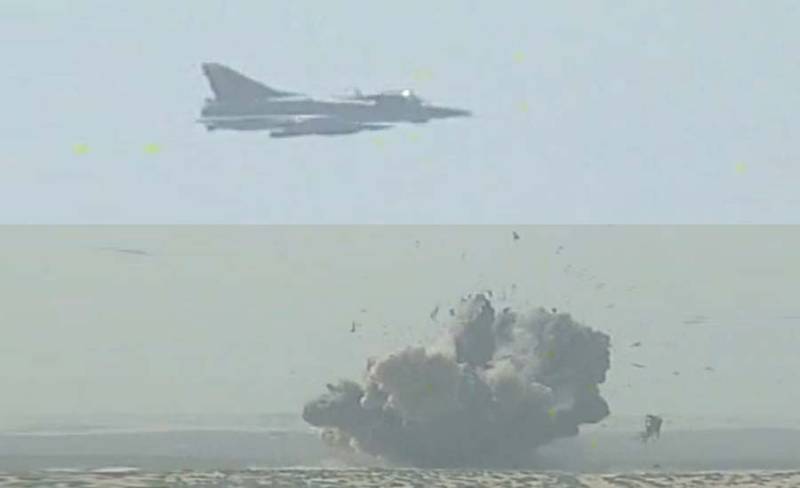 The JF 17 Thunder jets, helicopter gunships and Commandos of Special Services Wing displayed their skills in the firing range.

Strongly hailing the professionalism and capabilities of the PAF , President Alvi said the air force has a proud history of defending the country's aerial frontiers. He also appreciative of the PAF 's pursuit for modernization through indigenization.

“Our armed forces, capable and ready to face internal and external challenges, stood in complete synergy during the two-decade long war on terrorism,” Alvi said.

He added Pakistan wishes to maintain peaceful relations with all the nations especially the neighbors. “We are, however, not oblivious to safeguarding our national interests and sovereignty,” he continued.

The president once again reiterated Pakistan’s continuous support to Kashmiri people for their just struggle for right to self-determination.

He urged the international community to bring an end to blatant human rights violations and curfew in occupied Kashmir and expedite the resolution of Kashmir dispute in accordance with the UN Security Council resolutions.