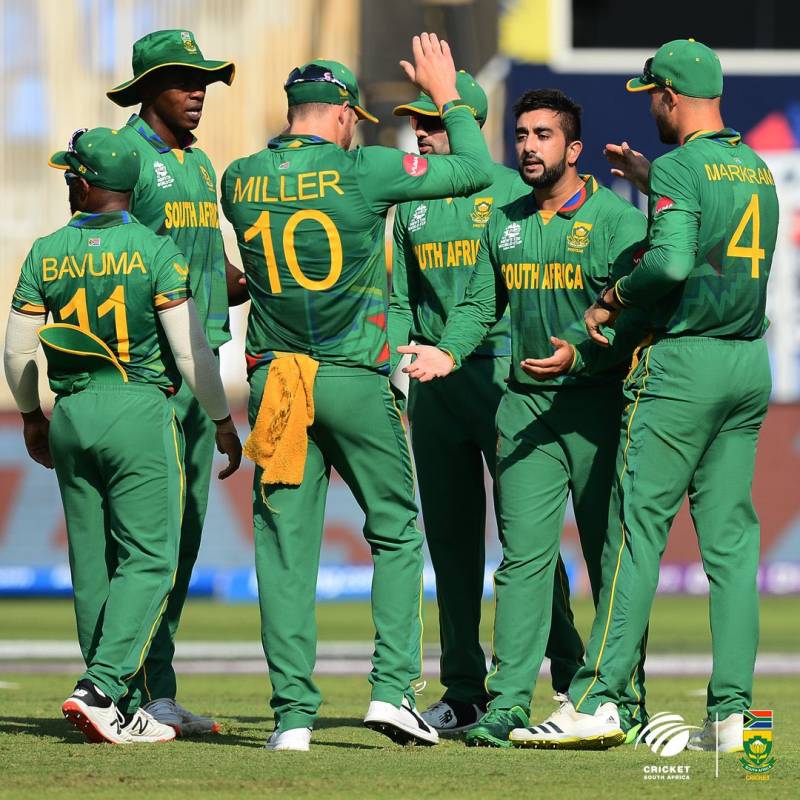 SHARJAH – England qualified for the semi-finals despite failing to chase down a mammoth target of 190 against South Africa in the final Group 1 game of the ICC Men's T20 World Cup 2021.

South Africa had required a huge margin of victory to progress to the last four but England made 179 runs while chasing the target.

England’s victory has also sent the Proteas out of the tournament.

The Group 1 permutations meant England started their chase knowing that they needed to pass 87 to guarantee qualification to the semi-finals, and they sealed that spot inside 11 overs of the chase.

With a power-packed batting by Rassie Van Der Dussen, South Africa set a mammoth target of 190 runs for England.

After the opening pair – Quinton de Kock and Reeza Hendricks – could not give a strong opening stand, Dussan (94) and Alden Markram (52) posted a tough target for England.

Earlier, England won the toss and decided to field first against South Africa.

South Africa need to restrict England to 131 in order to qualify for the semi-finals.

The margin of Australia's win over West Indies earlier in the day confirmed Eoin Morgan's side as one of the qualifiers for the semi-finals. But it is unclear who will join them in the final four from Group 1, with South Africa still in contention.

A win, and a big one, for the Proteas could see them leapfrog Australia on NRR.

But losing the toss in Sharjah is a blow to South Africa's chances.

"We're going to have start well with the bat," captain Temba Bavuma said."It can be tough starting off here but we'll have to assess and see what total we can put up."

In-form England announced just one change at the toss, with Mark Wood coming in for the injured Tymal Mills.