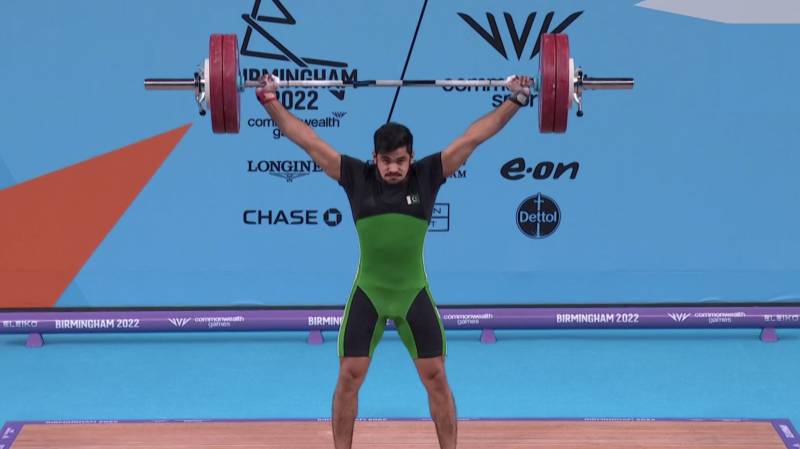 BIRMINGHAM – Pakistan’s Haider Ali displayed a decent performance but felt short of a medal in weightlifting during the Commonwealth Games on Monday.

Pakistan begins its weightlifting journey in the Commonwealth Games when noted athlete Haider Ali competes in the 81 kilogramme event.

Despite an elbow injury, Haider managed to get the fifth spot as he lifted 135kg in snatch and 170kg in clean and jerk to register a total of 305kg.

The noted weightlifter earlier bagged a gold medal in the 2019 South Asian Games in the same weight category and has a record of five gold medals in national events.

Meanwhile, England’s Chris Murray remained the top performer and was awarded a gold medal after lifting a total of 325kg. Australia’s Kyle Bruce was runner up with a total of 323kg, which included 143kg in snatch and 180kg in clean and jerk.

Canada’s Nicolas Vachon was named third and Ajay Singh from India finished in fourth place with a total of 319kg.