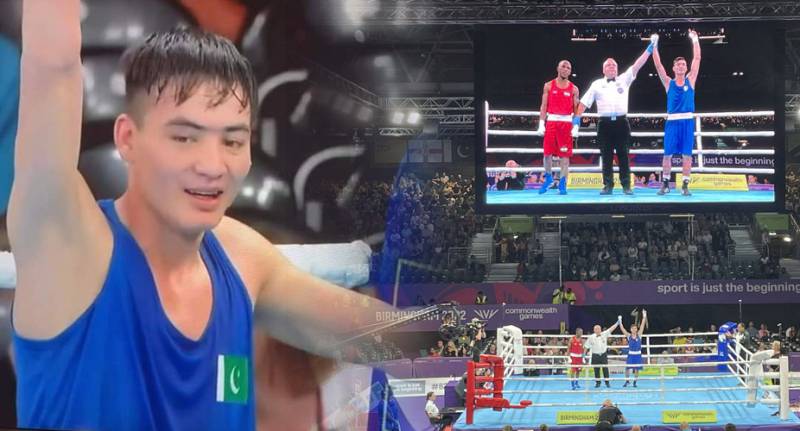 Pakistani boxer Ilyas Hussain has qualified for the pre-quarterfinal round of the boxing featherweight category of the commonwealth games 2022.

Ilyas Hussain outclassed the Mosotho boxer, Moroke Mokhotho, to qualify for Men’s Over 54kg- 57kg, featherweight, a round of 16.

The game was stopped in the second round as Ilyas knocked his opponent after 2 minutes.

He will lock horns with Anthony Shawn Joseph of Trinidad and Tobago in the round of 16, tomorrow.

Pakistani athletes failed to impress at the Commonwealth Games as Nazeer Ullah Khan lost his fight against England’s Lewis Williams in Men’s Over 86kg-92kg. Another Pakistani boxer Suleman Baloch was outclassed against India’s Shiva Thapa on opening day in a one-sided, 5-0, contest.

Other athletes also failed to perform in boxing, swimming, gymnastics, and other sports.

All eyes were on Pakistan vs India women's encounter and India beat Pakistan Women by eight wickets.