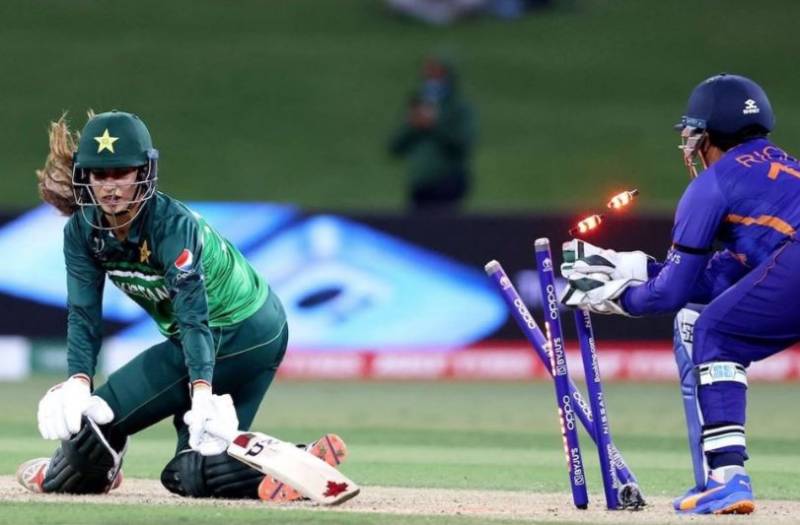 BIRMINGHAM – Team India advanced in ongoing Commonwealth Games 2022 as they beat Pakistan by 8 wickets with Smriti Mandhana notching up an unbeaten half-century.

Batting first, Women in Green were all out for 99 in 18 overs. Muneeba Ali remained the top scorer for Pakistan with a knock of 32 from 30 balls. Aliya Riaz made 18 from 22 balls.

Team Green opt to bat first against India at Edgbaston, Birmingham while the game was reduced to 18 overs a amid the downpour.

The toss for the anticipated clash between women’s cricket teams of Pakistan and India had been delayed due to rain in Birmingham.

Today’s game is said to be a must-win game for both squads since they lost their opening match. India was outclassed by Australia, meanwhile, Pakistan went down against Barbados.

Earlier today, Pakistani all-rounder Nida Dar was ruled out of today’s match against India due to a concussion.