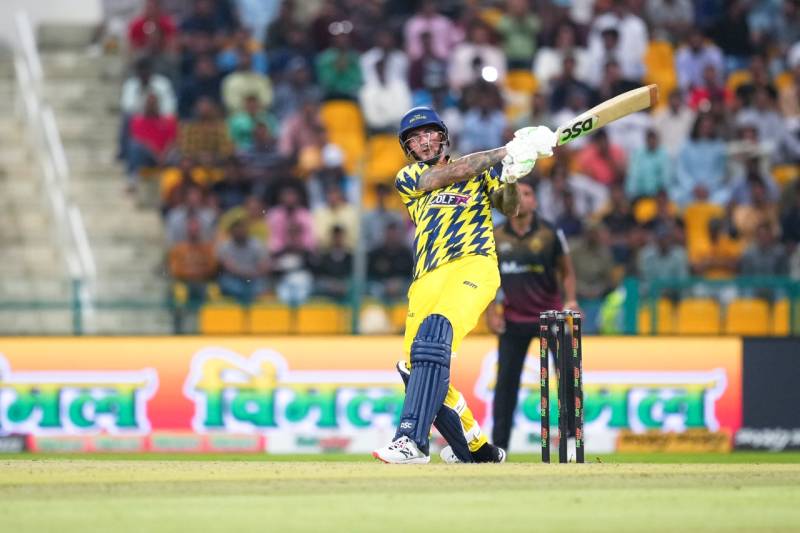 ABU DHABI – England batter Alex Hales has made a habit of playing the important knocks, whether for the national team or the Team Abu Dhabi at the sixth season of Abu Dhabi T10.

The latest installment saw him tonk the Northern Warriors bowling for 44 runs off 25 balls, to pick up the Player of the Match, and the win.

Reflecting on his performance, a modest Hales said, “Our bowlers did really well and that made the work of the batting unit easy.”

Further adding that the format is about having intent from the get-go, and noting that the Abu Dhabi side feels like a strong one. Hales also admitted that he quite enjoyed the fast-paced shorter formats of the game.

“I think it's a format that comes naturally to me. I've always enjoyed having an aggressive intent from ball one. I played a bit of T10 in the past. This is my third season. And it's something I wouldn't enjoy playing and look. Forward to playing in the future.”

Hales, who has only just returned to the England set-up in recent months, said that he didn’t think a comeback was possible, but was only too happy. England, with Hales in the squad, recently won the 2022 T20 World Cup in Australia.

“It was great to be back and I didn't think I'd get to put the England shirt on again. It was a huge honor and to go all the way and win the World Cup was difficult to put into words. It was incredibly special and I haven't really thought about next year. To be honest, I'm probably going focus on the T10 cricket going forward.”

And Hales is definitely looking forward to some more high-octane white-ball cricket in the coming months, especially in the shorter formats.

“I think just playing just playing T20 definitely helps the body, it's obviously way less time that you’re in the field. So, it's a lot easier on your body and you can play those long stints, months and months on end. It's been super busy in the last few months, I think initially when I planned my next 12 months, I didn't think I was going to be playing in the World Cup, so I was supposed to have two months off before this, so it's definitely going to be demanding. I feel physically fit and really enjoying my cricket at the moment. So, I feel like I'm in the peak of my career, so it's going be really enjoyable few months,” Hales signed off.