High alert issued ahead of snowfall season in Murree 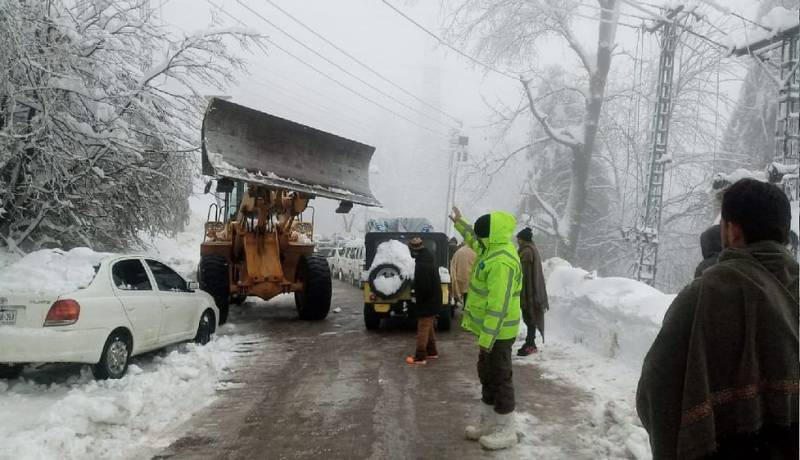 ISLAMABAD – A high alert has been issued by the Murree administration ahead of snowfall season in the country’s famous hill station.

The local authorities established snow camps and issued an alert, a year after 22 tourists succumbed to hypothermia after being stranded for hours in heavy snow falling overnight in a hill station located 70 km from the country’s federal capital.

Reports in local media suggest that snow camps were formed at different spots around the hill station while preparations are doing efforts to maintain traffic flow as a large number of tourists thronged Murree to enjoy snowfall every year.

Besides snow camps, additional personnel of law enforcement has been deployed in the mountain resort city to help tourists. Machinery for clearing snow will be in action in the coming season.

Earlier this year, more than a dozen of government officials were removed after an initial probe which reveals that several snowploughs parked closely which led to road blockages.

Staff members were also absent from duty amid a deadly blizzard warning.

What caused death of tourists in Murree? Report submitted to Punjab CM

Zara Noor Abbas, Danyal Zafar to star together for the first time in ...