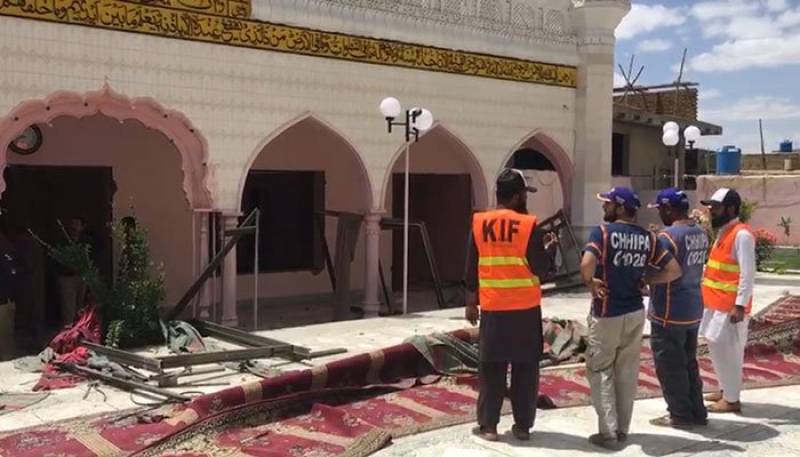 QUETTA –The death toll from Friday’s blast inside Rahmania Masjid rose to four after another injured person succumbed to his injuries.

Earlier, three persons including a prayer leader were martyred and 23 others were injured in a blast at Rehmania Masjid near Pashtoonabad area of the provincial capital on Friday.

According to police sources, the blast occurred when a large number of people were present in Rehmannia Masjid for offering Jumma prayer, leaving prayer leader Molvi Attah-ur-Rehman and Shahzaib martyred and 23 other faithful injured on the spot.

Security forces including the police team reached the site and shifted the bodies and injured to Provincial Sandmen Civil Hospital’s trauma centre. Three of the victims were stated to be in serious condition.

The mosque administration, while speaking to Geo News, said the blast occurred at 1:15pm and that there were approximately 30 to 40 people in the mosque for Friday prayers.