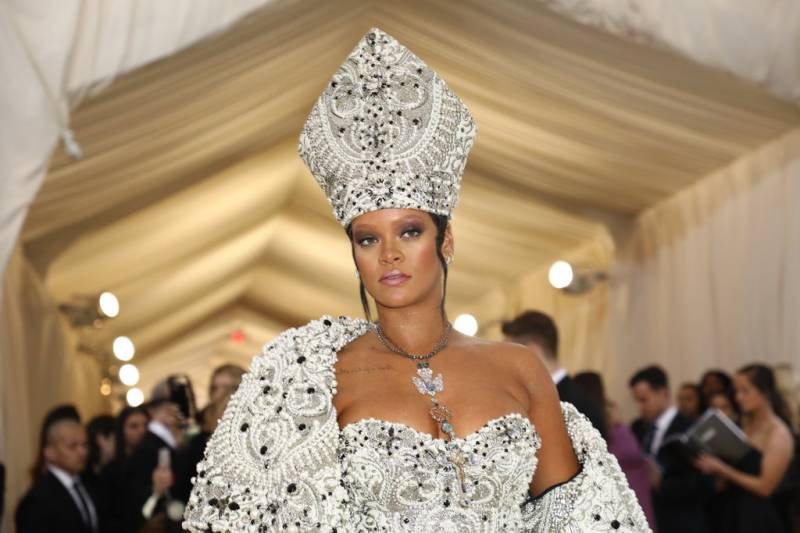 PARIS - Rihanna has launched her fashion label Fenty at a pop-up boutique in Paris, becoming the first black woman to create an original brand with the French luxury conglomerate LVMH.

The event was attended, among others, by Olivier Rousteing and Maria Grazia Chiuri, creative directors of Balmain and Dior respectively.

Last week, Rihanna revealed that she had moved to London ahead of the launch, telling The New York Times Style Magazine that she tries to 'keep it a little incognito' when walking around the British capital.

Fenty, which will debut in a Paris pop-up store on May 24 and online on May 29, is the latest of Rihanna's business ventures. It joins her cosmetics brand Fenty Beauty and lingerie label Savage X Fenty, which launched in 2017 and 2018 respectively.

The clothing collection is the 31-year-old musician's first venture into the luxury fashion market, although she has already created collections for British fashion retailer River Island, and was made creative director of Puma in 2014.

Her brand now joins labels such as Dior, Louis Vuitton, Fendi and Givenchy under the LVMH umbrella.

"Women are forces of this earth. We are multifaceted, complex, vulnerable yet bulletproof, and Fenty speaks to all of our intricacies. Some days I want to be submissive, many days I'm completely in charge and most days I feel like being both ... so it was imperative that we created a line versatile enough to embrace and celebrate us in that way," Rihanna said in a statement.

Rihanna's other ventures have been widely celebrated for their inclusivity. The singer's Fenty Beauty cosmetics line debuted 40 foundation shades, while her lingerie line has been applauded for catering to a range of skin tones and body types.