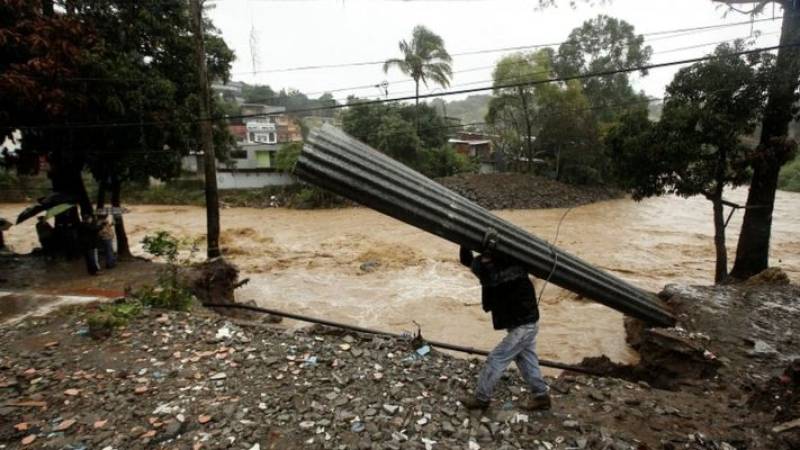 According to forecasters, the storm will become hurricane while heading towards the United States and Mexico.

Nicaragua, a country in Central America, was hit by the storm badly where 11 people were killed and seven are still missing.

The storm forced around 800 people from their homes, while 14 localities are isolated after the heavy rains in Nicaragua.

Officials in Costa Rica confirmed the deatha of eight people including a three-year-old girl after they fell prey to falling trees and mudslides, while 17 people were missing.

A national emergency has been declared in Costa Rica following the damages brought by the storm that started on Wednesday. Due to flooding, over 5,000 people are forced to take shelter after leaving their houses in Costa Rica.

At least three people were killed in Honduras.

Besides, an alert has been issued regarding Nate that it would turn into hurricane when it touches Mexico and the US.

Storm or hurricane watches have been released from Louisiana east through Mississippi and Alabama, the US National Hurricane Center said.

Some offshore oil and gas sites in the Gulf of Mexico were being evacuated due to the storm, the US government Bureau of Safety and Environmental Enforcement issued a statement.

The United States has recently seen two major hurricanes, including Hurricane Harvey in August, and Hurricane Irma in September.

Another powerful storm, Hurricane Maria hit the Caribbean in late September resulting in huge damages to several islands, including Dominica and Puerto Rico.