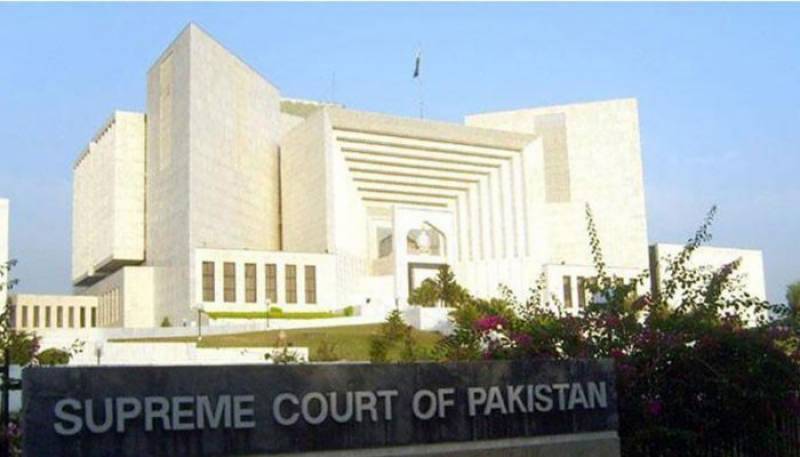 ISLAMABAD – Chief Justice of Pakistan (CJP) Umar Ata Bandial remarked on Thursday that it was clear that the April 3 ruling of National Assembly Deputy Speaker Qasim Khan Suri against the Opposition’s no-confidence motion was wrong.

The deputy speaker’s ruling is prima facie a violation of the Article 95 of the Constitution, the chief justice said as the Supreme Court resumed hearing of a suo motu notice related the Suri’s ruling and dissolution of the National Assembly.

Saying the court will issue a verdict today, the top judge remarked: “We have to look at national interests”. It is also yet to see what will happen next, CJP Bandial remarked.

He added that the PML-N, the largest Opposition party, and Attorney General will guide the court how to proceed in the case.

Last Sunday, Suri disallowed the vote on no-trust motion at a time when the Opposition claimed that it has achieved the numbers to oust Imran Khan from his office.

The deputy speaker said that the motion was a part of a foreign conspiracy and cannot be allowed to table in the House. Shortly after the ruling, PM Imran Khan dissolved the National Assembly.

The opposition has challenged the deputy speaker’s decision to block the vote in the top court, which has been hearing arguments from all parties since Monday.

During Wednesday’s hearing, Chief Justice of Pakistan Umar Ata Bandial remarked that he wanted to conclude the case.

Defence lawyers have completed arguments in the case, justifying PM Imran Khan’s actions. Barrister Ali Zafar argued that the Supreme Court could not review the proceedings of Parliament.

Counsels for the Opposition parties in their arguments termed the decision to block vote on no-confidence motion unconstitutional and asked the apex court to restore the Parliament.