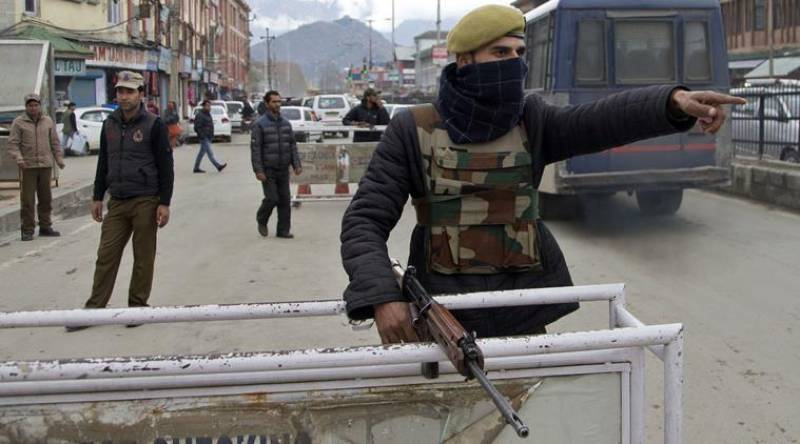 SRINAGAR (APP) - A Kashmiri Muslim has been charged with sedition for posting and sharing "objectional" comments on Facebook, calling on India to withdraw from the Indian-held Kashmir, the New York Times reported.

Tauseef Ahmad Bhat, 29, a Kashmiri engineer who works for a mobile company in Chhattisgarh was arrested this week for “liking, sharing and posting anti-India content on Facebook,” the report said quoting a police official.

Bhat had called for India to leave Kashmir and had shown flags of China and Pakistan flying in the background, according to the report, citing complaint against him.

Another post, displayed a caricature of a hand with a broom, shooing away a mouse rendered in the colours of the Indian flag, with the caption, “Get out from Kashmir”.

According to the complaint filed against him, Mr. Bhat also posted comments against Prime Minister Narendra Modi.

The disputed state of Kashmir has erupted in violence after Indian security forces killed a young Kashmiri freedom fighter Burhan Wani on July 8.

Since then, more than 50 people, including women and children have been killed during protest rallies.

Hundreds of others are at the risk of losing their eyesight after being hit by pellets fired directly at them by Indian troops using pellet guns.

The recent wave of protest has intensified calls for freedom and demand for Indian forces to leave the valley. Kashmiris are now increasingly using social media to vent their anger against the Indian atrocities and promote calls for freedom from Indian yoke.