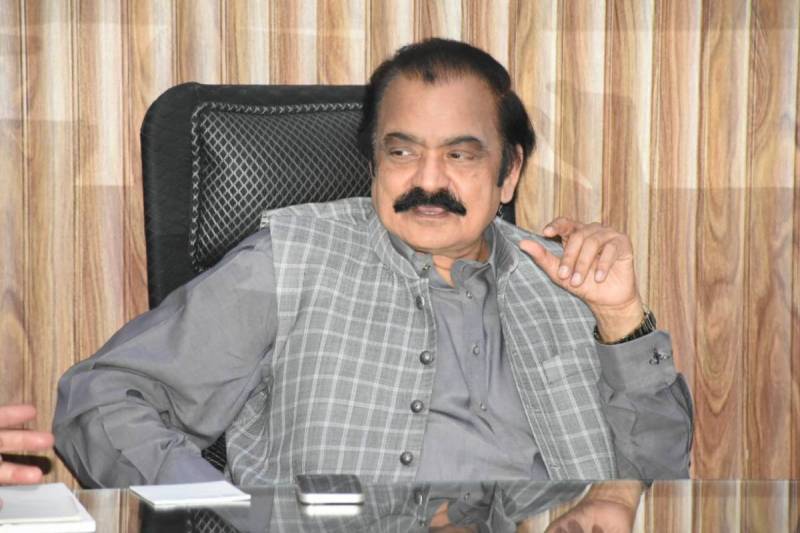 ISLAMABAD – Pakistan’s security chief Rana Sanaullah said that ‘performers who gave an Islamic touch now in need of legal touch’ as they evade the law in foreign funding cases for years.

The Interior Minister made the remarks while responding to his predecessor Sheikh Rashid who blasted the incumbent government for starting a probe in a foreign funding case.

Meanwhile, the PML-N leader said Imran Khan tried his best for 8 years so that the foreign funding case was not decided, but almighty proved Akbar Babar to be righteous.

Commenting on PTI’s upcoming power show in the federal capital, Sanaullah called public rally gathering a ’political stunt’, saying the PTI chief was trying to divert attention from his ‘theft’.

He also predicted that Khan would suffer defeat during the upcoming by-elections in all the nine constituencies that fell vacant after the speaker accepted the resignations of the concerned PTI lawmakers.

Furthermore, Sanaullah also condemned the social media campaign against the armed forces, saying that those who ran hate campaigns against the martyrs were dirty and vile characters.

The development comes as Federal Investigation Agency expanded the scope of inquiry into the prohibited funding case against PTI to the entire country.