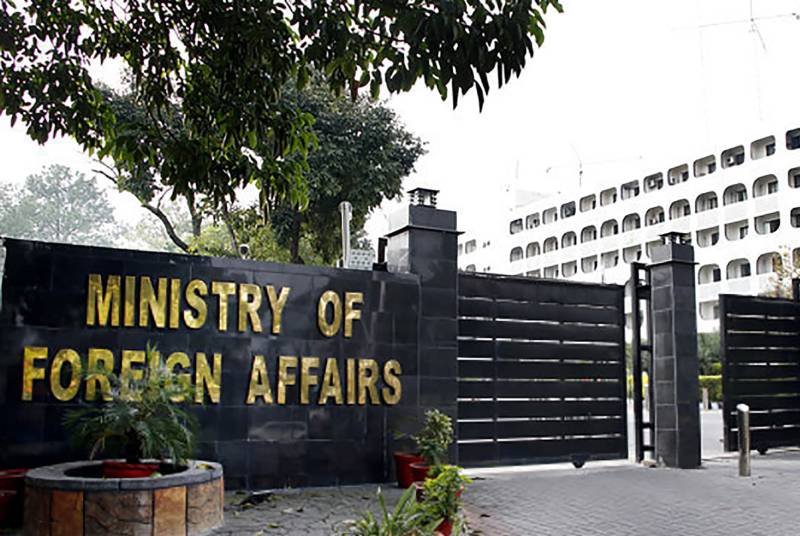 ISLAMABAD – Pakistan has categorically rejected the ludicrous comments and fallacious claims made by the Indian foreign ministry spokesperson about a statement of the Organization of Islamic Cooperation (OIC).

The spokesperson said India’s hubris in this regard is deplorable, adding it is indeed astounding to see an unabashed practitioner of ‘Hindutva’ accuse others of ‘bigotry’ or ‘communal agenda’.

Foreign Office maintained that OIC is the largest multilateral forum of Islamic countries representing more than 1.7 billion Muslims and has always been vocal in support of the legitimate rights of the Kashmiri people, who have suffered unspeakably from India’s over seven-decade-long illegal occupation and unabated oppression.

It mentioned that occupied Kashmir was never a part of India, and never will be, as MoFA reaffirmed and recalled it is an internationally recognized disputed territory between the two countries.

The statement further added that the dispute remains on the agenda of the United Nations Security Council for more than 70 years. The relevant UNSC resolutions pledge to the Kashmiris their inalienable right to self-determination, to be exercised through a free and impartial plebiscite under the auspices of the United Nations.

Taking a jibe at the Modi-led government, it said India will not succeed in misleading the international community by claiming socio-economic growth and development in the occupied valley. No amount of repetition would turn falsehood into truth, the statement added.

India must honor its commitment to the Kashmiris and to the world community by faithfully implementing the UNSC resolutions on the Jammu and Kashmir dispute, Foreign Office said.

ISLAMABAD – People of Pakistan and Kashmiris on both sides of the Line of Control and all over the world will ...

In its statement, the Organisation of Islamic Cooperation earlier maintained that India’s moves in August 2019 were “illegal and unilateral actions” and were followed by additional unlawful measures including illegal demographic changes”, in a reference to government moves on Article 35-A and property ownership in Jammu and Kashmir.

ISLAMABAD – Organisation of Islamic Cooperation has agreed on an action plan to go beyond resolutions on the ...