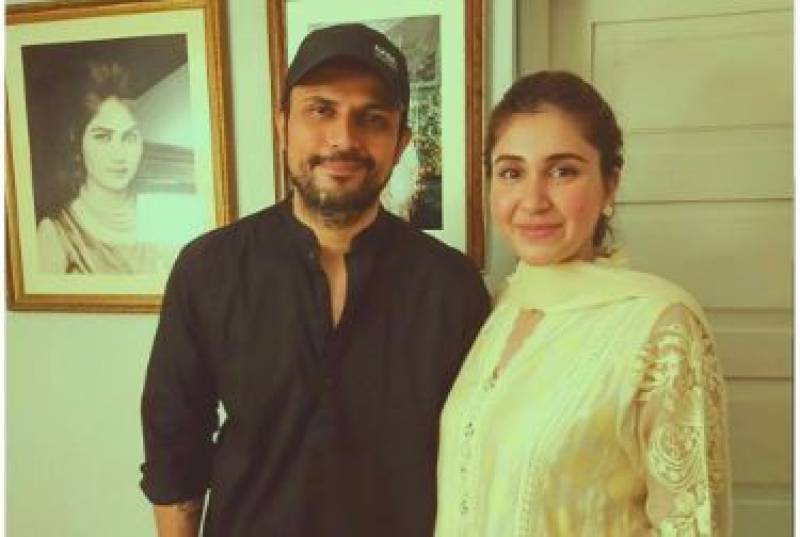 The notable Pakistani actor Usman Mukhtar keeps it low-key when it comes to his private life, much to the dismay of his fans and followers who eagerly wait to catch a glimpse of the handsome young fellow.

During the shooting of Mukhtar's last project Sinf-e-Aahan, fans would be lucky to receive an update but then the actor seemingly disappeared from the social media platforms.

The diehard fans of the Parchi actor are equally obsessed with his low-key life, and took the opportunity to ask about him when Mukhtar's wife Zunaira Inam had a Q&A session with fans and followers on Instagram.

Inam, who goes by The Millennial Rants on the social media platform, received tons of questions about her celebrity husband. In a now-expired Instagram story, a follower asked, “Where’s your husband? Usman has completely disappeared from social media.”

In response, Inam shared a picture of the duo from a hiking trip, quoting, “He’s here. He’s okay. He just hates social media, is really private, and honestly judges me a lot for my usage time.”

Giving hope to Mukhtar’s followers, she concluded, “I’ll tell him people miss him so he should drop by more often.”

The couple tied the knot in early 2021 in an intimate, socially-distanced nikkah ceremony. Mukhtar took to Instagram and shared a few pictures from the event.

Born to Pakistani actress Nasira, Mukhtar debuted as a film actor with Janaan, and then Parchi. Mukhtar also starred in Anaa and Sabaat and also hosted Hum Style Awards. His latest project is an upcoming sci-fi movie expected to release in 2022.

Pakistani heartthrob Usman Mukhtar's stardom is unmatched when it comes to dramas and in a short span of time, he has ...

Pakistani heartthrob Usman Mukhtar's stardom is unmatched when it comes to dramas and in a short span of time, he has ...