Usman Mukhtar opens up about his equation with Naimal Khawar 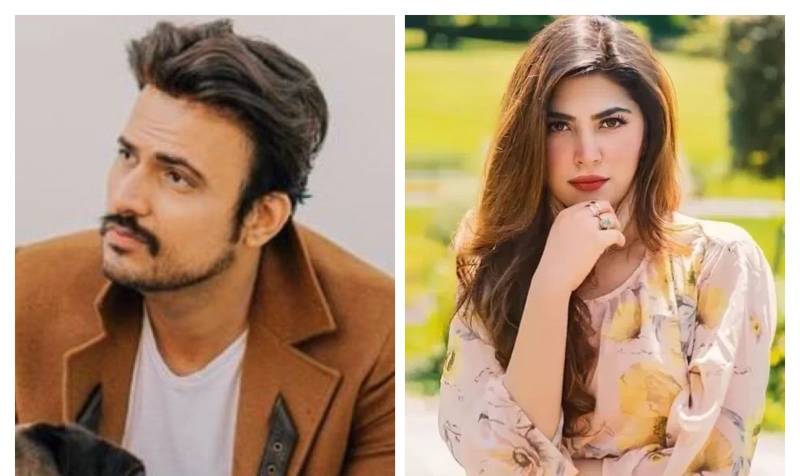 Pakistani heartthrob Usman Mukhtar's stardom is unmatched when it comes to dramas and in a short span of time, he has carved a niche for himself as the chocolate hero of the industry.

Moreover, the Sabaat star's crackling on-screen chemistry with his co-star Naimal Khawar in the drama serial Anaa was widely appreciated by the drama buffs.

In his latest interview with 'Tony Tea And Company', the 36-year-old revealed that following the success of his TV debut several fans took their on-screen relationship far too seriously.

The Parchi actor explained that he and Naimal never saw each other in a romantic way, Usman shared, “Naimal and I never had that kind of a dynamic. We were always like siblings… people think we met on the set of Anaa, but we’ve known each other much longer than that. "

The couple’s sizzling on-screen chemistry led to some awkward fan encounters and a plethora of memes as recalled by Usman.

“Sometimes I would get angry, because people would come up, like this aunty, she came up to me and said, ‘Beta, are you okay?’ I said yes and she replied saying, ‘Izzah is getting married to Hamza and I told her I was very happy about it, but people think of the on-screen relationship as a reality.”

On the work front, Usman Mukhtar has been highly praised for his performance in the drama serial Hum Kahan Ke Sachay Thay.

Pakistani heartthrob Usman Mukhtar has left his massive fan following awestruck as he dropped the first ...