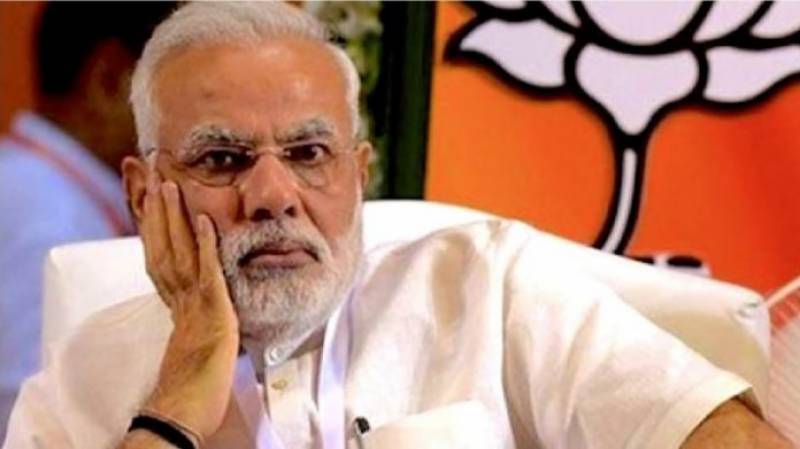 NEW DELHI – Microblogging site is all flooded with hilarious memes after Prime Minister Narendra Modi’s tongue slipped again at an event while highlighting measures being taken by his government for girls education in the country.

This is for the second time in this week that Modi has become meme-fodder for Twitter users as recently he faltered in his virtual address to the World Economic Forum (WEF) after a teleprompter stopped working during his speech.

But in the meantime, his tongue slipped and he said ‘Beti Patao’ instead of ‘Beti Padhao’.

'Patao' in hindi holds to 'dating' or flirting while, the actual term being 'Padhao' means 'educating' a child.

Netizens are trolling PM Modi on his slip of tongue. Here are some reactions;

😂😂😂 “बेटी बचाओ बेटी पटाओ” - Beti Bachao Beti Patao says the prime moron who messes up even while reading off the teleprompter. https://t.co/WRQ4EtwP2g

NEW DELHI – Indian Prime Minister Narendra Modi has been mocked after a teleprompter stopped working during his ...