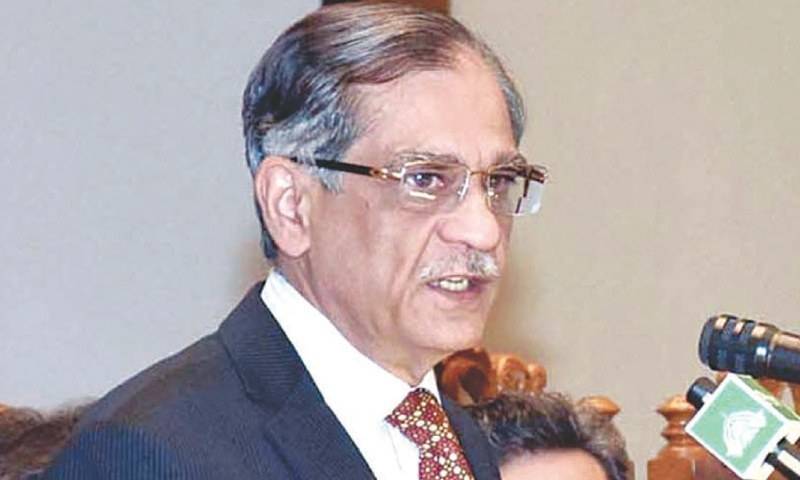 ISLAMABAD - Chief Justice of Pakistan Justice Mian Saqib Nisar has announced that he will visit Thar on December 12, directing the Sindh government to make the necessary arrangements.

During the hearing of a suo moto case regarding child deaths due to malnutrition in Thar, a two-member bench headed by Justice Nisar and comprising Justice Ijazul Ahsan grilled relevant authorities about the deaths.

As the hearing went underway, the top judge remarked that newborn children were dying in Thar and there were also issues pertaining to the supply and distribution of water in the area.

I don’t want to visit the good areas merely but also ones where poverty and issues are prevalent, the top judge remarked.

During the hearing, the Sindh advocate general informed that during the last hearing the court had sought a report from the sessions judge informing the bench that food had been distributed to those affected.

"I will see this matter myself when I go there on December 12. It will be better to hear the case then," the chief justice observed.

To this, the Sindh advocate general replied that by the time of visit, conditions will have improved further.

During the hearing, MNA Ramesh Kumar Vankwani said the prime minister’s Naya Pakistan housing scheme should be brought to Thar.

“There are no doctors in Mithi for mothers or children and there is also a need for vets in Thar,” Vankwani asserted.

Upon this, the chief justice said he will hear the matter after looking at the situation himself.

The court then asked court adviser Faisal Siddiqui to give comments on the Sindh government’s appeal.

Following this, Siddiqui said that an effective system for accountability and overview was needed in Thar and thus a judicial commission should be formed.

“There is a big issue of bank loans in Thar and people are committing suicide over failure to pay-off debt,” he continued.

To this, the State Bank of Pakistan (SBP) representative said the loans are being rescheduled.

The chief justice then announced that he was going to Karachi from December 11 to 12, and a commission will be formed under the chairmanship of a retired SC judge.

The court then adjourned the hearing of the case.