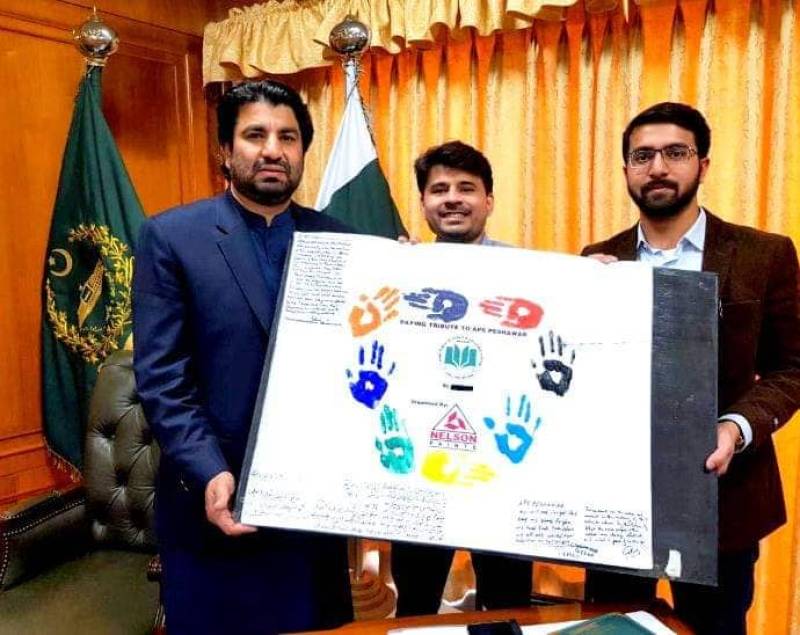 KARACHI – A Pakistani activist, who is calling for unity among countrymen, has asked the Prime Minister and President of Pakistan to sign specially designed sheets.

Syed Zohair Hassan, who started a campaign to bring everyone on the same page by his initiative called #UnitedPakistan, takes charts to the notables for having their signatures on them, as a pledge to work for the unity of the citizens.

Hassan’s campaign includes a special tribute to the martyrs of APS attack containing signatures and heartfelt notes by known politicians and state leaders.

The #APSSheet was even recognized by the honorable Chief Justice of Pakistan , Mr. Mian Saqib Nisar who branded it as a good initiative. 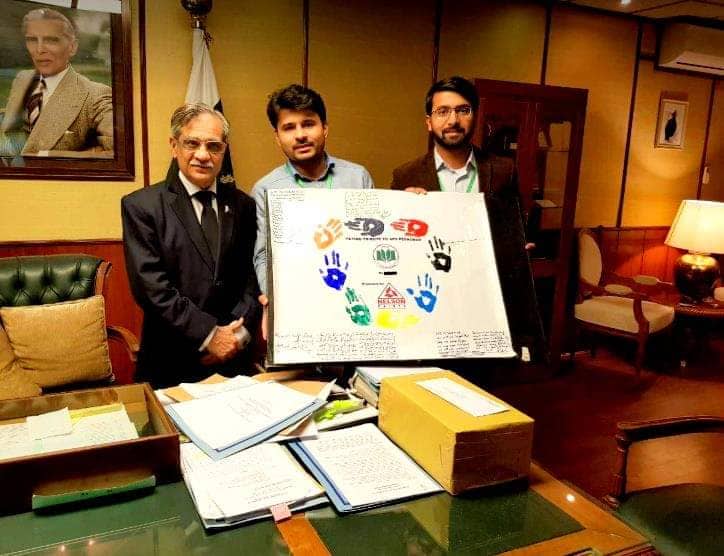 As the month of December has dawned upon us with horrible memories of Army Public School attack still fresh, Hassan calls for unity among the public to achieve the goal of a prosperous Pakistan , in line with the vision of Quaid e Azam.

If one wants to help Hassan, he can play a part by sharing this on social media profiles.

Moreover, those who want to send gifts (or anything) to the families of APS martyrs, they can do so by getting in touch with Zohair on his Facebook profile.