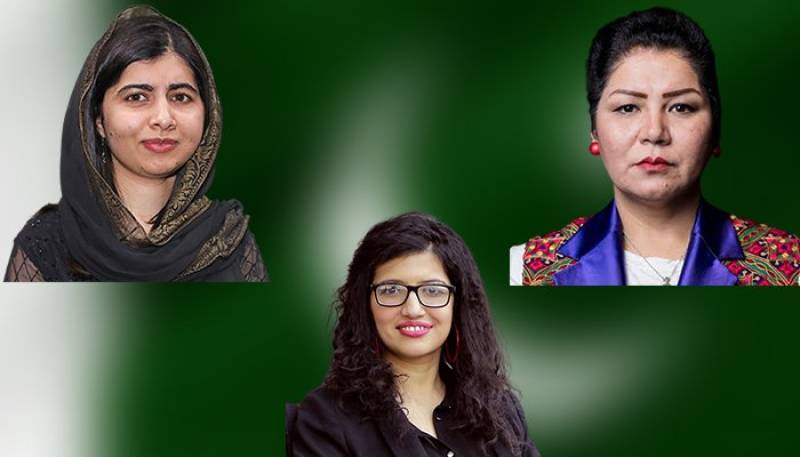 Three women from Pakistan have made their way to BBC’s 100 women of 2021, a list of inspiring and influential women from around the world.

Those on the British broadcaster's list are hitting "reset", the ones reinventing society, culture and the world.

Disability leader Abia Akram, youngest-ever Nobel Peace Prize laureate Malala Yousafzai, and Mother Camp's founder Laila Haidari are the women who have made it to the list from Pakistan.

"Women from Afghanistan make up half of this year's list, some of whom appear under pseudonyms and without photos for their own safety," the BBC said.

The Pakistani women are:

Haidari, who has been included in the Science and Health category, has helped almost 6,400 Afghan nationals since 2010 through her drug rehabilitation centre — Mother Camp — established in Kabul.

She started the camp using her savings and financed it by opening a restaurant, which was shut down after the fall of Kabul to the Taliban in mid-August. The eatery was run by recovering addicts.

Haidari’s family hails from Bamyan, Afghanistan. However, she was born a refugee in Pakistan. She is a vocal advocate of women's rights, as she was a child bride, married at 12 years of age.

An activist in the disability movement, she started the Special Talent Exchange Programme (Step) in 1997 — when she was still a student.

Abia is also working to include disability in the United Nations' 2030 Agenda and its sustainable development goals.

Voicing for the right of young women to education since she was 11, Malala is a girls education activist and the United Nations' messenger of peace.

"Her activism began with blogs for the BBC about living under Taliban rule in Pakistan and the ban on girls attending school. In October 2012, a gunman boarded her bus, looking for her, and shot her in the head," the BBC said.

After she recovered, Malala has continued to work as the co-founder of the non-profit Malala Fund, "aiming to build a world where every girl can learn and lead without fear".