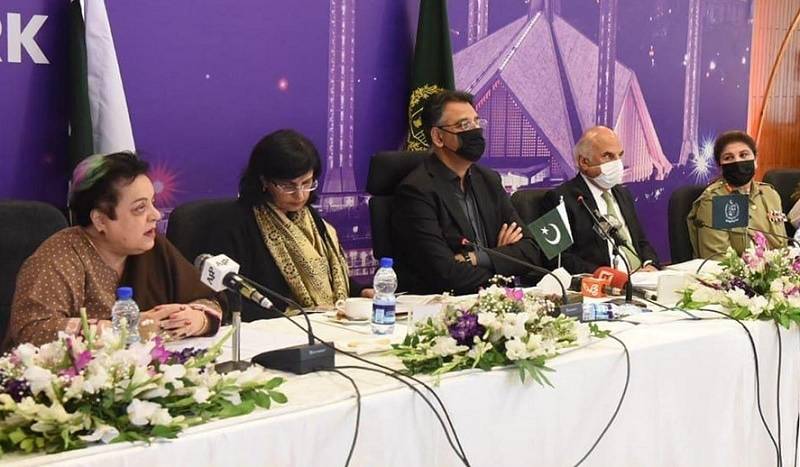 ISLAMABAD – The Ministry of Planning, Development and Special Initiatives on Tuesday launched the National Gender Policy Framework on the occasion of International Women's Day.

The policy aimed at providing a structured mechanism with defined objectives for improving the lives of women and providing them with equal opportunities to excel in a professional sphere.

According to a press release issued by the ministry, the framework has been put in place in pursuance of a strong commitment to ensuring equal rights for women across the country.

Federal Minister for Planning and Development Asad Umar said the new framework was essential to provide equal opportunities to all segments of society, particularly women, to prosper and progress. He said Pakistan also faced a challenge on the education front.

"Enrollment of girls in schools is very low as compared to boys and the dropout rate is increasing with each passing day," the minister added.

National gender policy framework being launched by ministry of planning today, which is also the international women's day. It provides a structured framework with clear cut objectives and responsibilities assigned for improving the lives of the women of Pakistan. pic.twitter.com/LPL7b45ymX

Umar said his ministry was also working on a governance mechanism to address shortcomings in the system. He pointed out that the criteria for performance appraisals in organisations were designed in a way that did not take into consideration areas where women could perform better.

He stressed the need for the implementation of legislation that had been enacted to ensure gender equality. "If a person doesn't feel protected then he/she cannot work to the best of their potential."

The minister said he could award 50 per cent of [election] tickets to women, primarily those with no clout or political background but it was not possible without making basic changes in the system.

He said the incumbent government had several women ministers including Shireen Mazari and Zartaj Gul "but these are exceptions".

He said a strong local government system was a prerequisite to allowing more women from the lower middle class and middle class to enter the system.

LAHORE – Like other parts of the globe, the International Women’s Day is being observed in Pakistan on ...