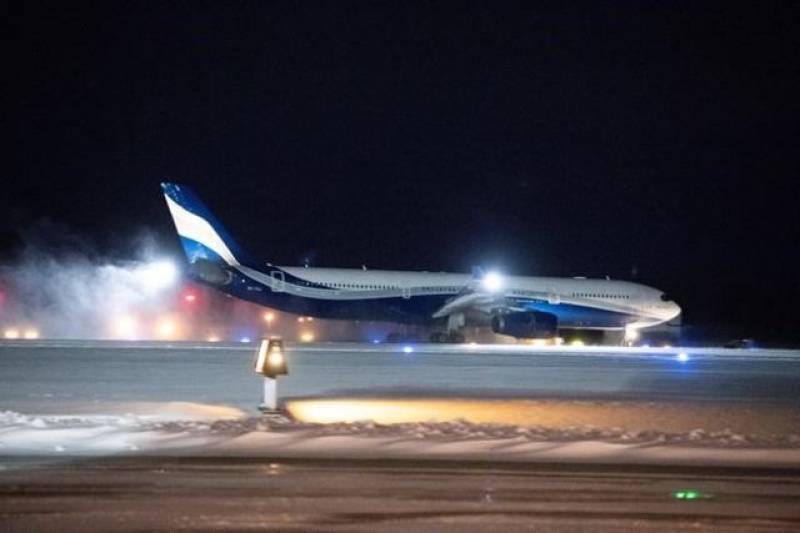 MONTREAL – A plane bringing home the first Canadians from Wuhan, epicenter of the coronavirus epidemic, landed Friday at a Canadian military base where they will be quarantined.

The government-chartered jetliner landed at Trenton air force base east of Toronto shortly after 6:30 am (11:30 am GMT), after a stopover in Vancouver, Canadian TV showed. It carried 176 passengers.

Another American plane with dozens of Canadians on board also landed in Vancouver, according to public broadcaster CBC. Those passengers were to take a connecting flight to Trenton later in the day.

Several countries including the United States and France have already repatriated their citizens from Wuhan.

But with Ottawa and Beijing confronting tense ties on other issues, Canada's airlift took longer to be approved by Chinese authorities.

The group of Canadians will remain at the Trenton base for 14 days, the incubation period for the illness. Any of them who show signs of infection would be sent to hospital for care, Health Minister Patty Hajdu told a press conference Thursday.

Foreign Minister Francois-Philippe Champagne said two-thirds of the Canadians who sought assistance getting out of Wuhan were expected to return on the two flights.

At last count, 347 Canadians have asked to be evacuated.

Another Canadian airlift has been scheduled to depart Wuhan on February 10 and arrive the following day.

ISLAMABAD - Chinese Ambassador to Pakistan, Yao Jing has said that the Coronavirus catastrophe would not stop the ...

Ottawa has commended China for its cooperation during the outbreak. Beijing also singled out Canada for praise for not closing its borders to travelers from China.

Sino-Canadian relations soured in December 2018 over the Canadian arrest on a US warrant of a Huawei executive and Beijing's detention of two Canadians in apparent retaliation.

Five cases of coronavirus have been confirmed in Canada, and two more suspected cases have been reported.