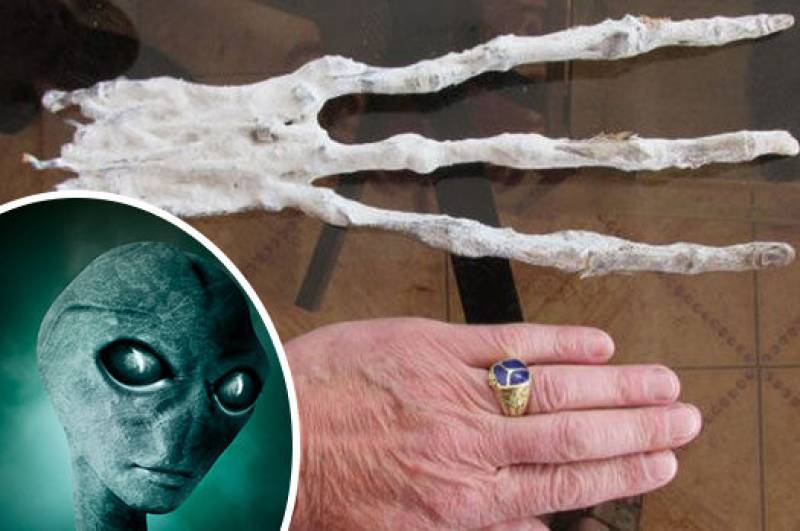 NEW YORK - The emergence of an  alien hand in a Peruvian cave has stunned top Paranormal researchers who are now more convinced about existence of 'Aliens'.

According to the details, the giant hand, which has three long spindly fingers, was found in Cusco, in south east Peru.

It was found while UFO (Unidentified Flying Object) experts were exploring caves and tunnels in the desert. They  went on to claim that a small mummified alien and elongated humanoid skull was also found at the same spot.

Paranormal researcher Brien Foerster, who oversees Hidden Inca Tours, examined the hand and is convinced they were genuinely from a humanoid creature.

The X-Ray reports suggested that  each of the three fingers had six bones while humna hand has only three bones.

It was concluded the hand and skull were genuine biological objects, with real bone and skin tissues.

Acording to Foerster, the person who originally found the hand did not want to sell it but the team was granted access because the owner wanted to learn more about the strange hand.

Foerster claimed that he and his team presented the “alien” hand to scientists in Cusco.