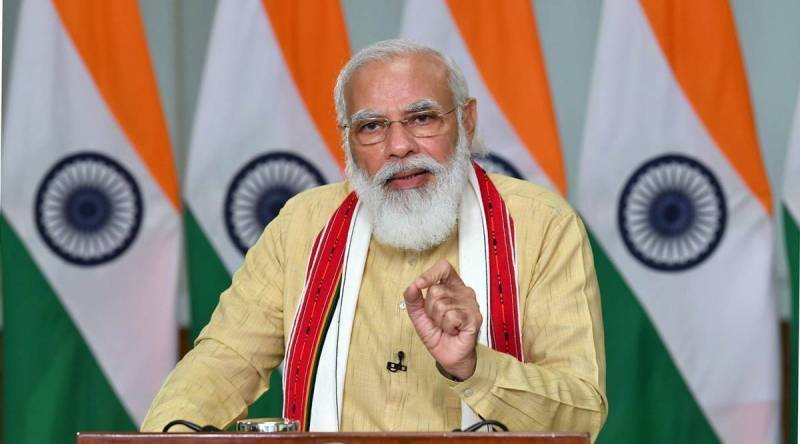 NEW DELHI – Indian Prime Minister Narendra Modi has inducted 36 new ministers into his cabinet in the biggest reshuffle since he came to power in 2014.

Twelve Indian ministers, including the health, the environment, IT and education ministers, resigned ahead of the reshuffle to make way for new colleagues.

With the latest induction, PM Modi’s cabinet will swell to 77 ministers from the previous 52.

The decision comes as the BJP is gearing up for elections in in key states, including Uttar Pardesh, a crucial battleground for the ruling party.

The reshuffling also coincided with the criticism facing the government for his poor handling of the COVID-19 pandemic. The second wave of pandemic proved devastating for the country as it claimed lives of thousands of people.

Among those who took oath on Wednesday are Jyotiraditya Scindia, a former opposition leader , Sarbananda Sonowal, former chief minister of Assam, and a former Congress leader.

Elections in West Bengal, a state in eastern India, proved horrific for women as at least 7,000 incidents of ...