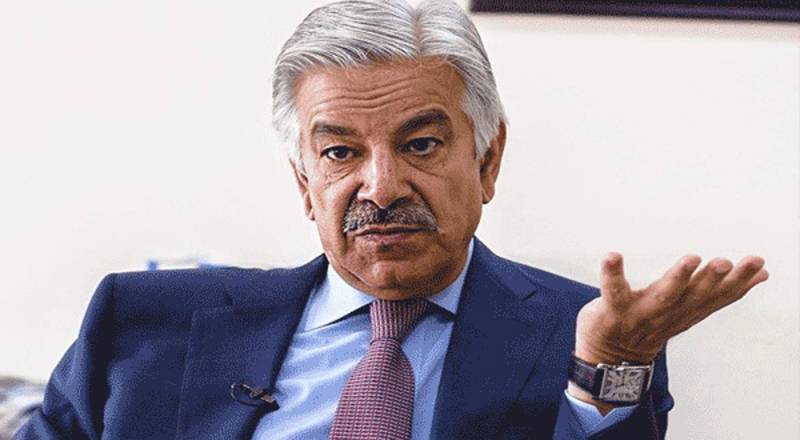 ISLAMABAD - Defence Minister Khawaja Asif said on Tuesday that Pakistan has the right to take action against terrorists based across its border with Afghanistan, adding they would not remain quiet on martyrdom of their troops.

The statement comes following an attack by Afghanistan-based terrorists on a Pakistani check post in Mohmand Agency that resulted in the deaths of five Pakistani troops.

"Kabul has admitted that it does not have control over areas from where terrorist attacks are launched and, after this admission, Pakistan has the right to act against those terrorists," Asif said, speaking exclusively to Geo News.

Pakistan has recently conducted strikes across the Afghan border and it will tackle terrorists in future as well, he said, adding, "We will not stay quiet if our soldiers are martyred".