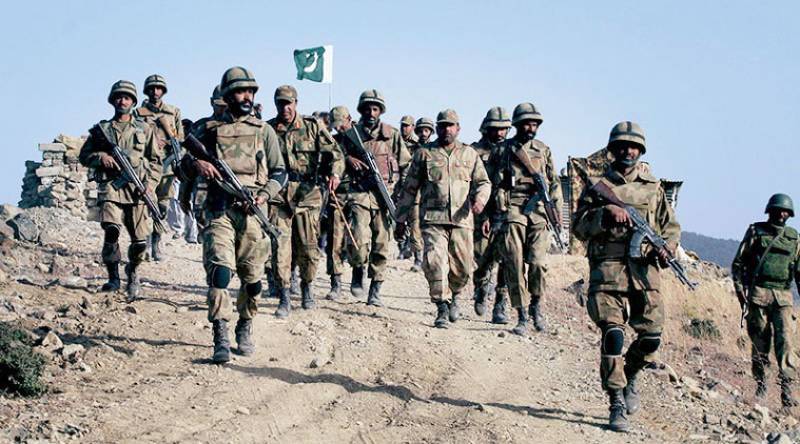 WASHINTON – Pakistan’s continuing operation against terrorism “have had some success in reducing violence from militant, sectarian, terrorist, and separatist groups,” said a report prepared by the Defense Intelligence Agency (DIA).

The report was submitted to US Senate's Armed Services Committee on Tuesday, and stated “Islamabad is likely to proceed with its counterinsurgency operations and border management efforts along its western border while sustaining counterterrorism and paramilitary operations throughout the country”.

“These efforts have had some success in reducing violence from militant, sectarian, terrorist, and separatist groups, but Pakistan will look to the United States and the Afghan government for support against anti-Pakistan fighters in Afghanistan,” it added.

A shift in the US stance comes after President Donald Trump came down hard on Pakistan while announcing US' South Asia strategy and accused it of providing shelter to terrorists. He also alleged Pakistan of being "deceitful", and used this as the basis to stop military assistance to Islamabad.

The DIA claimed that Taliban, as usual, are a threat to the peace and stability in Afghanistan and are increasing their stronghold in the tribal region of the country.

It states, "Rural areas will remain contested between the Taliban and the ANDSF over the next year as the Taliban consolidates control in these areas and attempts to pressure provincial capitals, predominantly in the south and northwest".

It added, "India continues to modernize its military to better posture itself to defend its interests at home and in the broader Indian Ocean region while reinforcing its diplomatic and economic outreach across Asia".

Continued exchange of heavy fire between Indian and Pakistani forces along the Line of Control poses a risk of inadvertent or gradual escalation of hostilities, the report added.

In 2017, the lengthy standoff between Indian and Chinese forces along the Bhutan-China border heightened tension between India and China and prompted both sides to increase their forces near the Line of Actual Control.

We expect that both sides will maintain this elevated force posture along disputed border areas through the remainder of 2018.