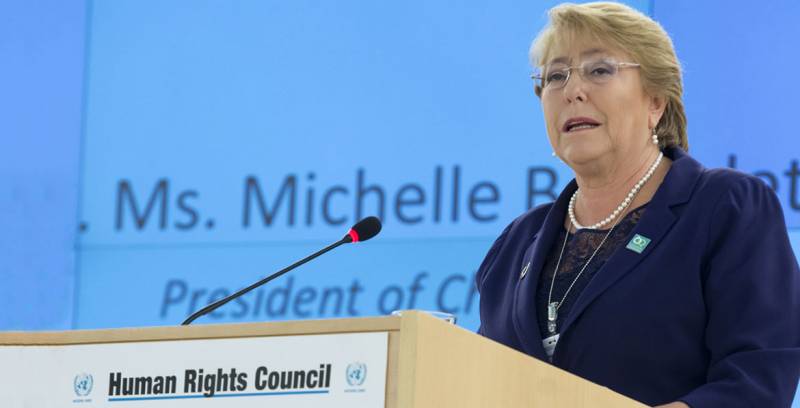 In her annual report to the U.N. Human Rights Council in Geneva, she said they have received reports about increasing harassment and targeting of minorities.

The High Commissioner expressed concern that the demands of citizens protesting against inequality are being met by violent and excessive use of force, adding that “I fear that these divisive policies will not only harm many individuals.

NEW YORK – United Nations’ Secretary-General Antonio Guterres has called on India and Pakistan to keep up the ...

While expressing concern over the prevailing tensions in Indian-occupied Kashmir, the UN High Commissioner said that her office was ready to investigate the situation on the ground.

Bachelet said that “I encourage and invite both India and Pakistan to my office to monitor the situation on the ground, and to assist both the states to address the human rights issues that must be part of any solution to the conflict.”

She also criticized Israel over its blockade of Gaza , and said imposing economic hardship on Palestinians does not make Israelis safer.