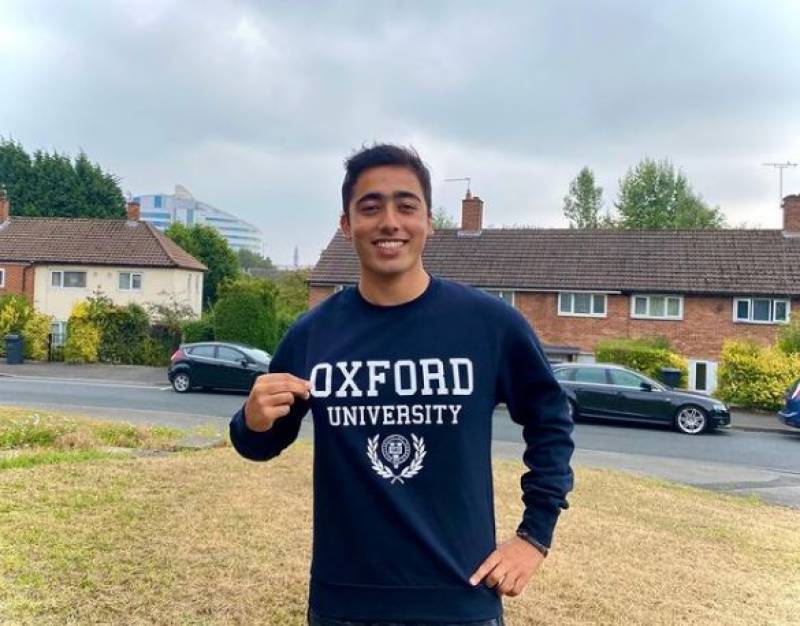 LONDON – Ahmad Nawaz, the survivor of the brutal Army Public School (APS) attack in Pakistan’s Peshawar, again earned pride for the country as he was elected as president of the Oxford Union, the most famous debating society based at the Oxford University.

The 20-year-old student made the announcement on Sunday on Twitter, stating: “I am so extremely proud to announce that I have been Elected President of the @OxfordUnion ✨One of world’s biggest & historical platforms!”

He termed it “the most monumental & history making moment of my life!”

Nawaz thanked his parents and all those who supported him in this journey, adding: “My friends who have been with me throughout this journey”.

Today is the most monumental & history making moment of my life!

I am so extremely proud to announce that I have been Elected President of the @OxfordUnion ✨One of world’s biggest & historical platforms!

I’m eternally grateful to everyone who supported me in this Journey…❤️ pic.twitter.com/R90si4FurP

In 2014, Nawaz was 14-year-old when he received bullet injuries during a Taliban attack on the APS school. His younger brother, Haris Nawaz, was among the 150 students and teachers martyred by militants. Ahmad saved his life by pretending to be dead when the terrorists were roaming the school building.

After he was shot in the arm, Ahmed Nawaz was airlifted to Birmingham for treatment. He has been staying there ever since with his family and got admission in the Oxford University on the basis of his school grades in 2020

Last year in March, Ahmed Nawaz was elected to the Governing & Standing Committee of Oxford Union.