PPP hits back at PML-N over 'politics of resignation' 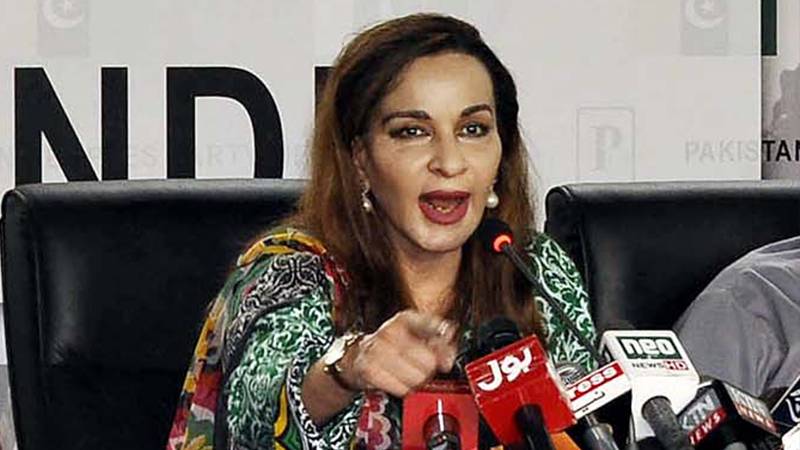 KARACHI – As the war of words intensified among the country’s two major political parties, PPP took a jibe at PML-N and called it ‘selected’.

Addressing a joint news conference in Karachi, senior PPP leaders Sherry Rahman, Maula Bux Chandio and Shazia Marri said their party does not believe in politics of resignations. “We know how to respond to any thing or criticism, but we do not want to say something which worsens the situation,” they added.

Sherry Rahman voiced her concern and asked why Nawaz League did not help the PPP in ousting Punjab Chief Minister Usman Buzdar. “We do not talk about narrative rather we talk about politics as PPP does not believe in the politics of resignations.”

Sherry said PPP’s target at the moment is the ‘selected PTI’ government and that Asif Ali Zardari cannot leave the country because of his name on the ECL.

Moreover, PPP was not in the favor of dissolving PDM but wanted to see it remain intact and that her party was ready to hold the long march and protest against the PTI government, she added.

“Globally, countries are providing free COVID-19 vaccine facilities to its people but PTI government has clearly made it unaffordable. Who will buy two shots of vaccine for Rs 8000?” - questions @VicePresPPPP Sen @sherryrehman during a presser at Bilawal House Karachi pic.twitter.com/IvByP8kuhn

She called for raising the vaccine issue in Parliament.

While pointing fingers at PPP, they (PML-N) were backtracking from the long march and that PPP is aware that it is not a child’s play. We did not even bow down to the pressure of General Zia ul Haq and there is no friend pressurizing us, said Chandio during the news conference.

“The politics of PML-N and PTI is pushing the country towards destruction”, he further added.

Shazia Marri said the use of the word ‘selected’ for PPP was regrettable. “It was sad to hear Maryam Nawaz’s tone. Use of selected word is wrong. They accused us of deal which was struck by others,” she added.