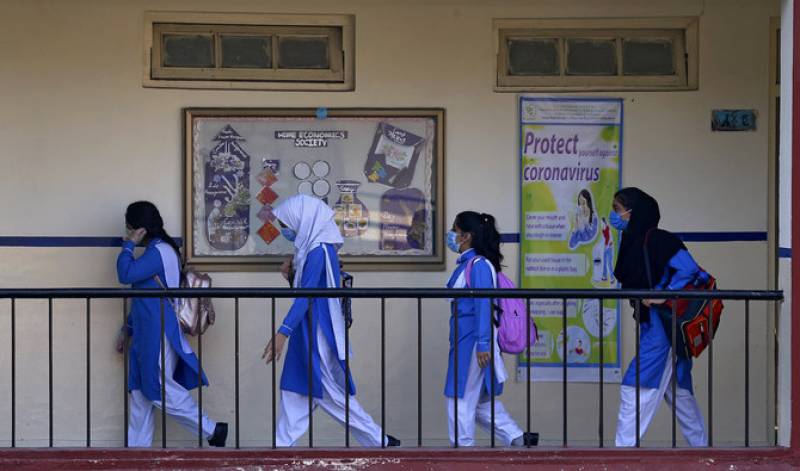 ISLAMABAD - National Command and Operation Centre (NCOC) has allowed the reopening of educational institutions with the second phase under which schools for grade six to eight students will be reopened with the implementation of strict Standard Operating Procedures (SOPs) to avoid the spread of COVID-19.

According to media details, the NCOC today (Tuesday) has decided to reopen the middle schools after the first phase during which universities, colleges and school for ninth and tenth grade were allowed to reopen from September 15.

In the third phase, the Primary Schools will be allowed to reopen from September 30.

On the other hand, Sindh government has decided to postpone the second phase of reopening of educational institutions and announced that the classes from fifth to eighth will not resume on September 21 and situation will be analyzed after a week.

Pakistan has decided to shut the schools about six months ago as safety measures after the surge in the coronavirus was reported countrywide.