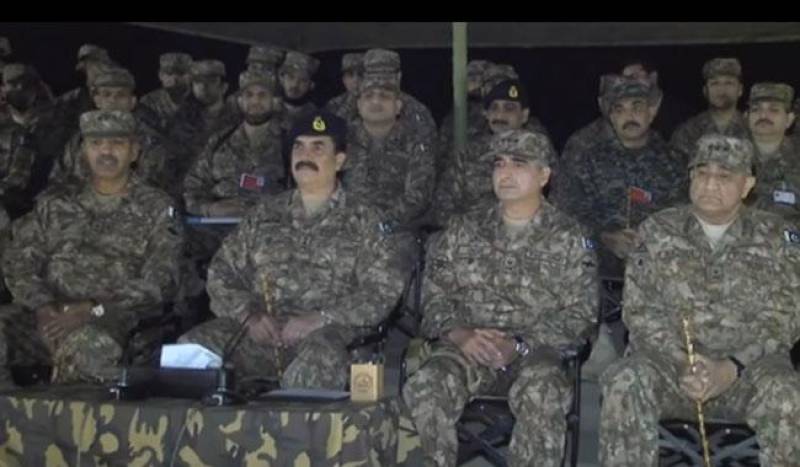 The COAS was briefed in detail about objectives and conduct of the Exercise from newly inducted hi-tech net enabled virtual war room.

He later also witnessed field manoeuvre at night. Army field exercise is being conducted in Central and Southern Command to validate operational plans and enhance own preparedness.

Infantry and Mechanized columns of the central command with their requisite supporting troops and Punjab Rangers are carrying out the exercise.

He appreciated an excellent standard of training, professional skills and high morale of the participating troops.