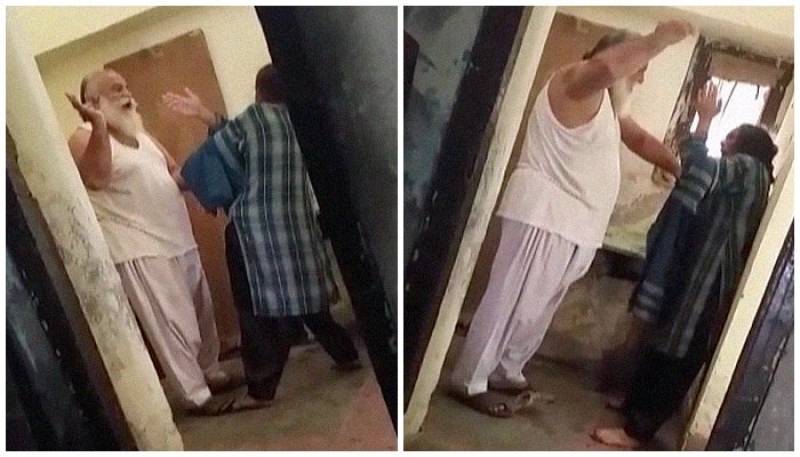 LAHORE - A video went viral on social media of a father who was shown mercilessly beating his young daughter repeatedly over a minor issue.

The video showing a white-beard elder man was beating 20-year-old Nimra, a resident of the provincial capital's Gulberg area, has angered many.

Speaking to Geo News, the victim revealed that she was beaten up at that time by her father Ishaq Khan because she did not switch on the water motor that her father asked her to.

"My brother made the video and it went viral," she said, besides asking the authorities to provide her protection now. She says, "I want protection now."

Nimra claimed her father used to beat up her siblings as well, adding that her siblings also beat her up. She has requested the authorities to save her from such humiliating assaults.