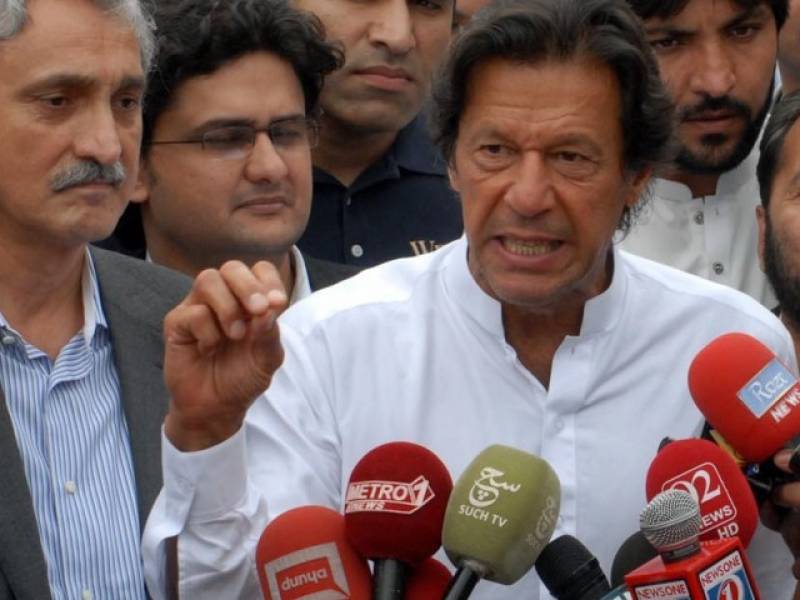 Speaking to reporters before his departure to Okara, the PTI head went on to say that Aleem Khan is die-hard worker of Pakistan Tehreek-e-Insaf who practices politics to serve the people of Pakistan.

On the occasion he also blamed the PML-N government for using federal and provincial machinery to 'rig' the by-election in NA-122. He added that 53,000 votes cast in NA-122 during the general elections in 2013 were declared bogus.

The same Election Commission Punjab which rigged the elections is holding polls in NA-122 , he said.