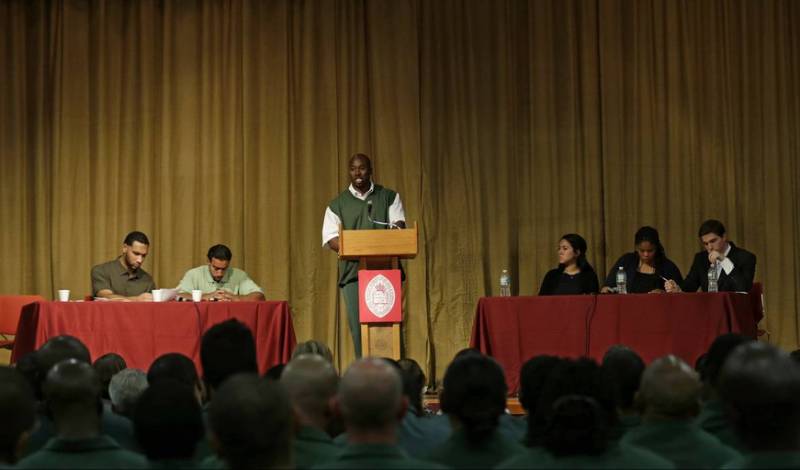 The three inmates Carl Snyder, Dyjuan Tatro and Carlos Polanco have been convicted for the violence related crimes.

In a competition on September 18, b teams were tasked to argue in front of large audience at the topic "public schools should be allowed to turn away students whose parents entered the United States illegally." The prisoners team defied the statement to earn cheers from the crowd.

According to media reports the inmates who were not even allowed to access internet to search material for the debate were quick enough to establish an argument that no child should be thrown out of the school.

They further suggested the jury that government refuses to own such students at schools, the private organisations and non-profit welfare trusts should come forward and take up the responsibility.

Since the prisoners have started appearing at such competitions the inmates have outshone the outstanding students of leading American universities for the third time in last two years. Previously the prisoners beaten teams from the US Military Academy at West Point and the University of Vermont in separate events.