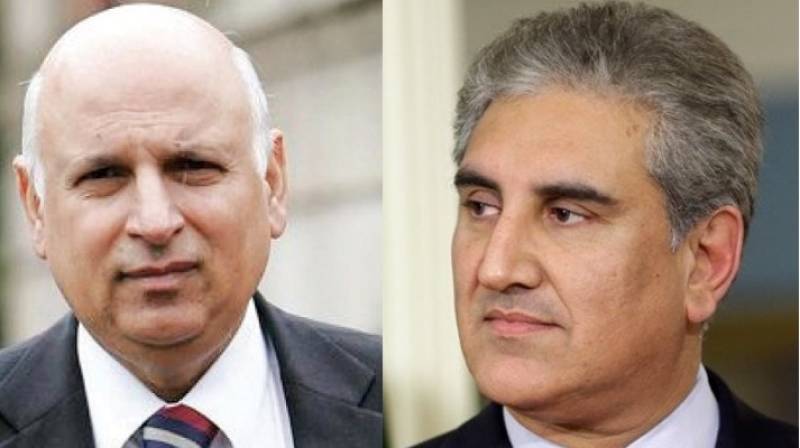 While Mr Sarwar is campaigning door-to-door for the highly-publicised NA-122 by-poll, the absence of Mr Qureshi hasn't gone unnoticed.

Sources claim Mr Qureshi has been facing bad times in party after being sidelined by the chairman, Imran Khan, just like Javed Hashmi, who eventually quit the party during last year's sit-ins at D-Chowk.

Shah Mehmood was also unhappy on the addition of Ch Sarwar in PTI, the sources told Daily Pakistan. He was reported to be highly concerned when Imran Khan appointed the former governor as the Organiser of party's Punjab chapter. Qureshi had categorically opposed the appointment of Sarwar at any key post in the party.

Another source believed the role of Qureshi has been confined to the matters related to southern Punjab only, while Chaudhry Sarwar oversees the party matters in central Punjab.

In a recent interview, PTI chairman Imran Khan also confirmed that his party has divided the electoral campaign for upcoming Local Bodies elections in different parts of the country. Shah Mehmood has been tasked to lead electioneering in southern Punjab and interior Sindh.

Mr Qureshi has been a prominent political figure of Pakistan during last decades. He served as Foreign minister during the last PPP government led by Yousuf Raza Gilani. Qureshi was also the candidate of Pakistan People's Party (PPP) to run for Prime Minister's office in 2002.