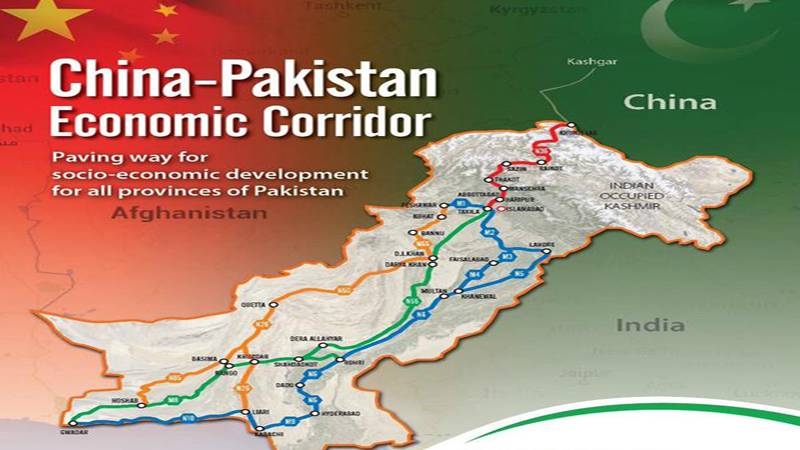 ISLAMABAD (Web Desk) - The Chinese Embassy has clarified the rumours looming over the western route of the multi-billion dollars China-Pakistan Economic Corridor (CPEC) in a statement.

"On November 12th, 2015, the 5th meeting of Joint Cooperation Committee (JCC) of CPEC approved the principle of "one corridor with multiple passages", aiming at directly benefiting the socio-economic development of Pakistan, especially the western and north-western regions and providing effective connectivity to Gwadar Port" the statement said.

"The Monographic Study of Transport Plan, approved in 5th JCC, clearly mentions that Burhan-D.I.Khan-Quetta-Sorab section will provide much-needed connectivity between major connection points of CPEC and will connect the western areas of Pakistan. CPEC is for Pakistan as a whole and will bring benefits to all Pakistani people including the people from the western parts" the statement added.

It also said that the development work on the western route was still on and the project would benefit whole of Pakistan.

The KP government had shown concerns over the reports that the corridor would merely benefit the province. PPP lawmaker Aitzaz Ahsan also dubbed CPEC as "China Punjab Economic Corridor".