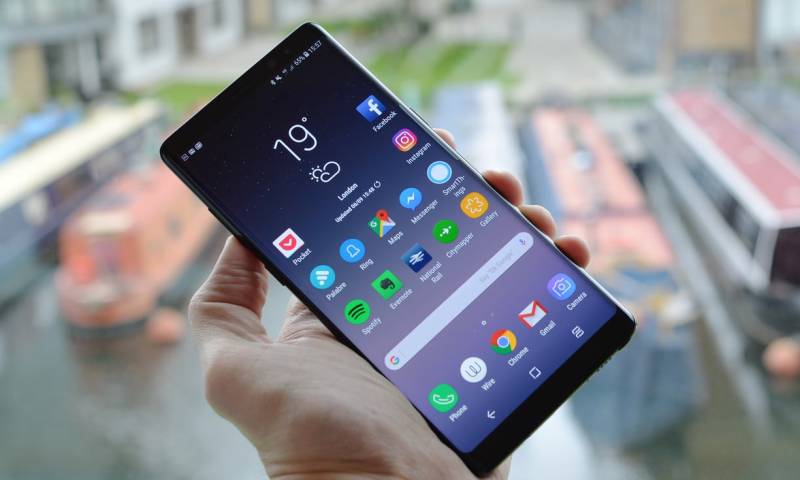 Galaxy Note 7 remains the most famous Samsung product ever – for all the wrong reasons. The company kicked off its recovery with the excellent Galaxy S8 earlier this year, eventually becoming the most sold product in its line to-date. The Korean giant rightly aspires to perfect the comeback with the Galaxy Note 8.

Even with the disaster of the Note 7, Samsung did not change its strategy. The gadget is ever so slightly bigger than the S8, with the tighter radius corners on its 6.3” display, giving it a boxier silhouette. This display is the biggest in the Galaxy line-up by just 0.1 mm. Notwithstanding Samsung’s new 18.5:9 aspect ratio, the phone is still somewhat manageable in one hand.

The enterprise boasted much about user habits during the Note 8 brief, such as the S8 Plus owners spend 40 more minutes each day on their phones than its smaller twin, S8. Another claim has been that Galaxy Note owners are 40% more likely to multitask using the device. The display hardware – call it screen if you may – is the best Samsung has ever equipped a phone with and it’s even better than it has sold to rival Apple, which has finally abandoned its very 2010 720p-display. The Note 8 has a quad HD plus super AMOLED infinity edge display. In English, the display is an impressively high resolution, with vivid colours, deep blacks and bright whites. Now, the software allows you to jump right into a split-screen mode with a two-for-one app shortcut, which you needed a third-party app to accomplish until now.

Naturally, none of this matters if your phone falls asleep before you do. Samsung is playing it on the safe-side this time, with a 3300 mAh battery that is 5% smaller than the Note 7. Remember, 3500 mAh itself was barely enough to last a full day. The Note 8 should see some power efficiency with its newer Snapdragon 835 processor and here are other specs for the Note 8.

Samsung went through the trouble of securing UL safety certification this time around, and every battery it ships is subjected to the company’s new 8-point safety check. Remember the Note 4 and how it used to be the king of specifications with the latest processor and the best specs with a removable battery, an IR blaster and better specs than the expensive iPhone of the time. It’s sad to see Samsung turning into Apple with small upgrades and removing signature features while still charging a high price tag. The handset neither has an IR blaster nor does it have a removable battery. Yet, the Korean goliath has the audacity to charge $786 exclusive of taxes.

So why not buy an S8 Plus, which has a lower price tag and be done with it? You may like to consider three reasons. Firstly, don’t forget about the S Pen, stowed away in its special silo in the lower right. There are other phones with styluses, none of them even come close to the capabilities of this one. There is always some new ridiculousness on the software side. This year it’s animated handwriting that you can send as a GIF. In a noteworthy feat of engineering (pun-intended), the pen and the phone are IP 68, dust and water resistant, whether it’s stowed or deployed.

The second reason the Note 8 stands apart from the S8 Plus is the dual cameras at the back, which is a first for Samsung and it has the best optical image stabilization. No other phone has such smooth OIS than the Note 8. The cameras on the back are a telephoto and a standard wide-angle.

Thirdly, the new 6 GB RAM will also help in performance and the DeX Dock. DeX Dock is basically like the windows continuum, but on Android, and the Galaxy Note 8 is the third device to offer this feature, the other two being the S8 and S8 plus.

Oh, and Samsung is still trying to push its new software assistant, Bixby, with the vision of doing everything with your voice that touch could do. Shipping for pre-orders will start from September 15. Spoiler alert: Samsung still hasn’t fixed fingerprint position from the S8 and still terribly placed next to the camera, though the mobile still includes the much safer iris scanner.