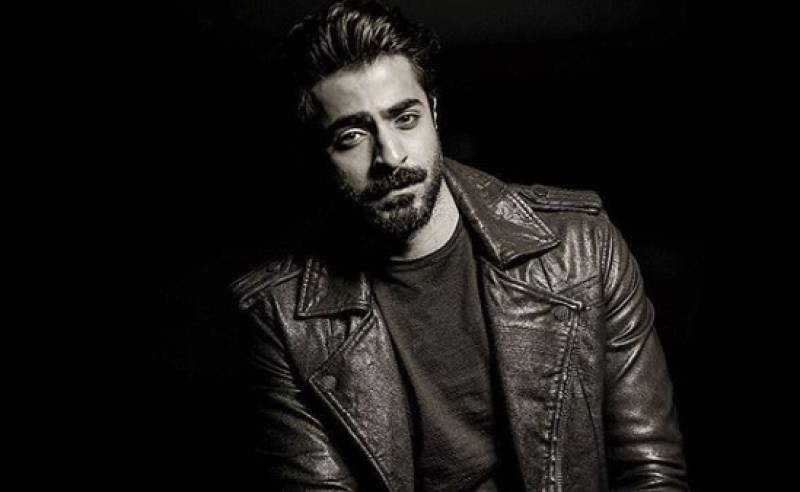 Pakistani popular actor Sheheryar Munawar is struggling with smoking and wants his fans to kick the habit too.

Munawar shared a picture from one of his recent photoshoots this week in which he held a cigarette in his hands. The actor posted a disclaimer with the picture, calling smoking a “disgusting” habit and urging people not to take it up. “It’s not cool,” he wrote, telling kids who were reading this not to start smoking.

disclaimer: smoking is a disgusting habit which I’ve struggled with and hopefully can kick it soon. To all the kids reading this, don’t take it up ! It’s not cool. However for some reason all my photographer friends feel it has a cinematic appeal to it when taking pictures.. So what I’ve decided is that If I do put up such pictures I’ll always put a disclaimer with the caption : smoking kills.

A post shared by Sheheryar Munawar Siddiqui (@sheheryarmunawar) on Sep 4, 2019 at 6:18am PDT

Let's see what people have to say on this: 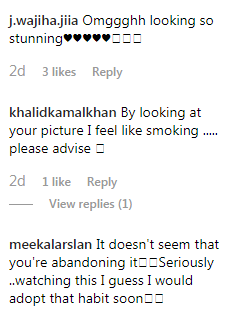 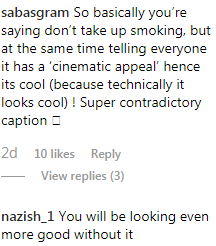 He said his photographer friends all seem to think holding a cigarette will give photos “cinematic appeal”. So, Munawar has decided that whenever he puts up such pictures he’ll always put a disclaimer with the caption ‘smoking kills’.

It was his second production since Ho Man Jahaan where he worked with Mahira Khan and Adeel Hussain. Both films were directed by Asim Raza.

Smoking harms nearly every organ in your body, including your heart. Smoking can cause blockages and narrow in your arteries, which means less blood and oxygen flow to your heart. So, if you love yourself its better you quit smoking before its too late.