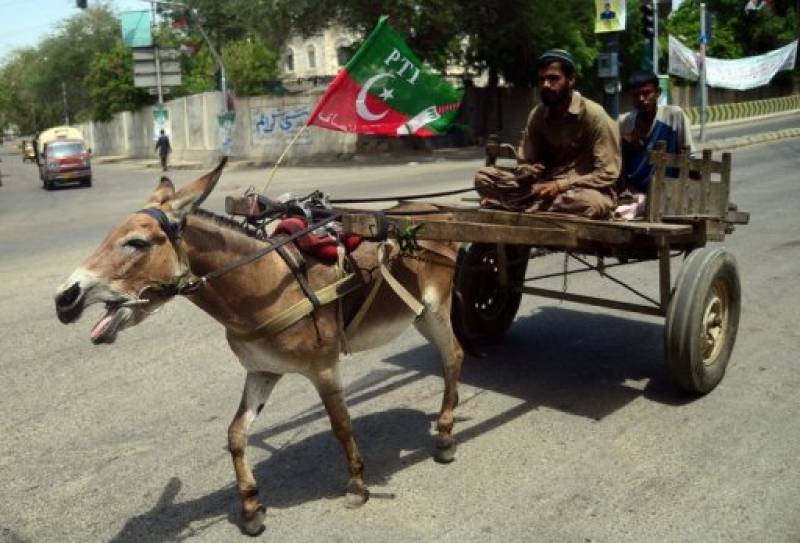 PESHAWAR - In a rare, development, the Khyber-Pakhtunkhwa government is reportedly considering exporting live donkeys to China in a bid to generate revenue.

According to sources privy to the development, concerned authorities have initiated steps to increase the donkey population in K-P and are planning to present the proposal to Chinese investors later this month.

The move apparently seems an inspiration drawn from examples of African states like Nigeria, Kenya and Burkina Faso.

The programme titled the 'Khyber-Pakhtunkhwa-China Sustainable Donkey Development Programme' is one of the many investment portfolios the K-P Planning and Development Department has chalked out to attract Chinese investments.

The project is being executed under the umbrella of the China-Pakistan Economic Corridor. The proposals will be presented at a road show the K-P government will hold in China on April 17 and 18, the sources said.

An official document pertaining to the donkey export plan states that donkeys are highly valued in China, especially for its hide to manufacture medicines, among other things but is neglected in Pakistan.

'The proposed project will help improve the socio-economic status of donkey-rearing communities by improving the health and production of local donkeys' the document stated.

It said the K-P government will 'develop linkages in order to improve prices of donkeys and enhance the income of breeders and traders.'

'New technologies will be introduced and work will be done on capacity building of donkey breeders and services they provide,' it added.

The proposed cost of the project is Rs1 billion, but as per KPK government's assumed feasibility, it will also generate a good amount of revenue.

The document stated the investor will have to design shelters for the animals, construct buildings for semen production and offices as well as residential compounds for workers, procure the animals and necessary machinery, and make arrangements to generate the needed electricity from solar energy. The K-P government will look after utilities and provide technical and non-technical employees for the farms.

'The project can be executed through joint venture mutually agreed between the K-P government and the investor. It is also open for state-owned, state-supported and private entities,' the document read.