Here are Atif Aslam and Sonu Nigam in their EPIC music FACE-OFF! 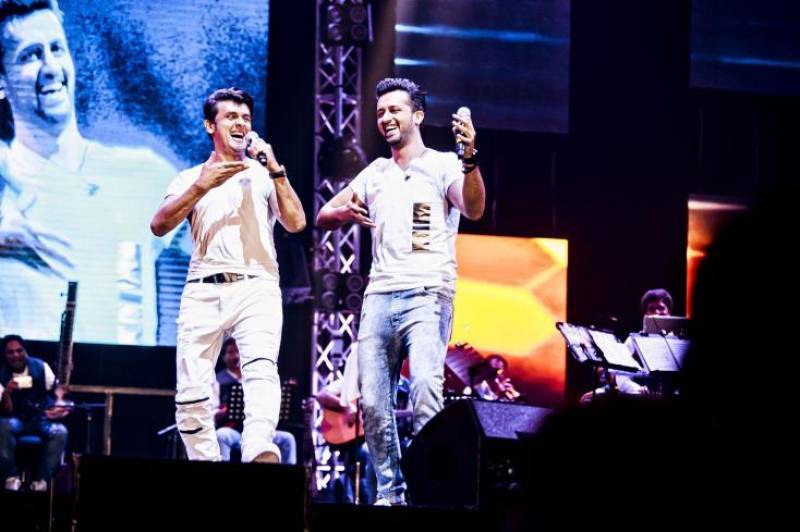 Atif Aslam took the globe by storm with his exceptional concerts as he performed recently in the United States, Canada and West Indies. Without an ounce of doubt, he has once again left everyone speechless with his extraordinary singing and talent.

The massive positive response to his performances just proves to us that this man is a legend.

However, the biggest highlight of his ٹour was a singing face-off with the much controversial Indian singer Sonu Nigam.

In his Washington Concert, Atif was joined by the "Lord of Chords" on stage and the two had a friendly musical match.

Here's their SONG-OFF video for you to see!

It was difficult to decide who bagged the spotlight that evening, and fans were only elated at the two's unexpected performance, taking to Twitter to express their excitement.

Hasnt come out from last night event. The hangover is still ON?. 'Aint aadat si hsi mjhko is ki' #atifaslam

Still not getting out of the spill of today's concert???? #AtifAslam #SonuNigam????????

What a outstanding concert man. I have lost my voice guys??. ATIF yaar!!❤❤❤. #Klosetoyou #atifaslam