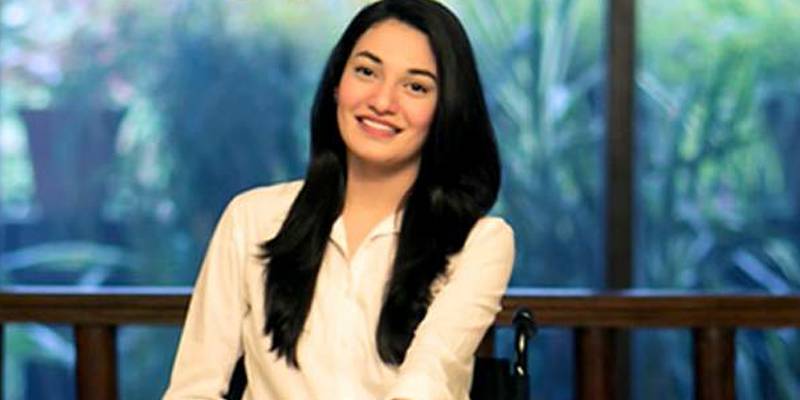 ISLAMABAD - A court has issued a notice to Muniba Mazari, a wheel-chair bound artist and motivational speaker, in a defamation case.

Mazari's former husband, Khurram Shahzad, has filed a case against Pakistan's first female goodwill ambassador for the United Nations Entity for Gender Equality and the Empowerment of Women.

The court has asked Mazari to file her reply regarding the claims made by her former husband.

Shahzad had approached the court against his ex-wife for “blaming and bashing him for all her afflictions”.

Khurram Shahzad, a former fighter pilot of Pakistan Air Force, recently filed a lawsuit against Mazari in the court of additional district and sessions judge Muhammad Adnan on account of her libelous statements.

The plaintiff has submitted that he belongs to a reputable family and he married Mazari on December 26, 2005, according to Muslim rituals.

He contends that on February 27, 2008, while the plaintiff was posted at PAF base Quetta, both were travelling from Quetta to their hometown while he was driving the car, when they reached near Jacobabad suddenly a donkey cart appeared on the road and they met an accident in which defendant (Mazari) sustained serious injuries while the defendant managed to escape unscathed.

Here is the 'controversial' video:

Shahzad maintains that despite having the provision of free treatment available at military hospitals, he opted for the best medical facilities for his former wife at the Aga Khan Hospital, Karachi, despite its reputation as one one Karachi's most expensive hospitals. Due to the severity of spinal cord injury, unfortunately, she could not be completely recovered, rendering her wheelchair-bound for the rest of her life. 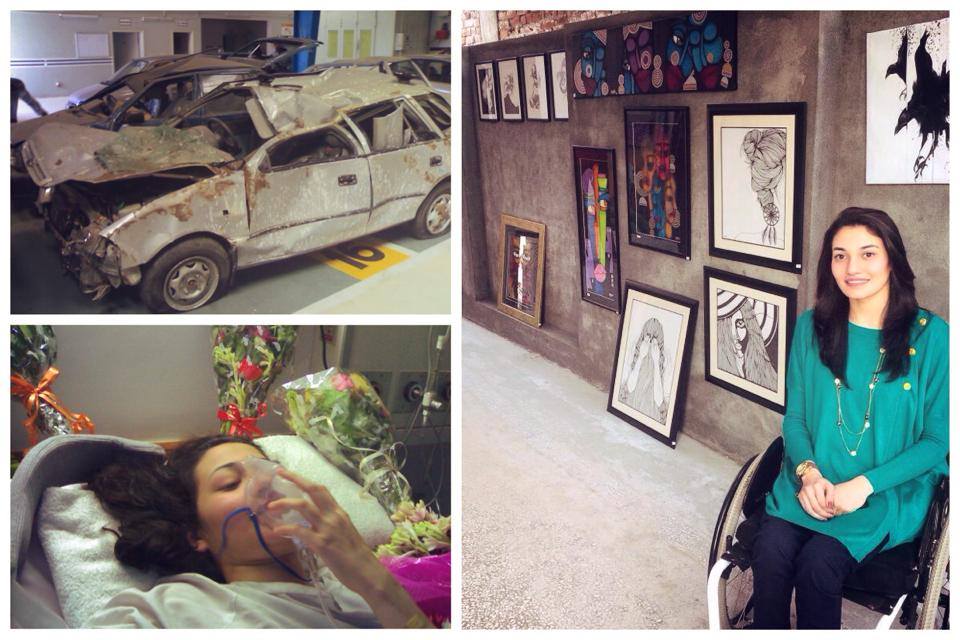 “After recovering from this trauma, the plaintiff and defendant were upset because they were unable to have any children. In the opinion of doctors, the defendant could give birth to a baby but it was agreed mutually to go for adoption. In order to strengthen their relation, they adopted a baby boy on 12 April 2011 when he was only four days old and looked after him like their own real son,” according to the lawsuit.

Despite all earnest efforts of the plaintiff, unfortunately, the defendant started activities which he could not allow her, Shahzad was quoted by The Nation as saying.

The petitioner said that she started visiting foreigners in diplomatic enclaves and embassies with her brothers, whom the plaintiff had given shelter in service accommodation. Similarly, she developed an interest in modeling, which was against moral, religious and social values and against the customs of plaintiff’s family.

“Being an esteemed officer of the defence forces, the plaintiff could not allow the defendant to continue such practices and eventually tried to stop her. The defendant instead of stopping, with her free will and choice left the house of plaintiff in September 2014 along with the minor adopted son,” he says.

Shahzad adds that on March 6, 2015, she filed a suit for dissolution of marriage. The plaintiff did not want to dissolve the marriage but she obtained Khulla from the court of Humaira Afzal of Islamabad and the suit was decree on June 12, 2015.

He has prayed to the court that a decree for the recovery of damages of Rs10 million on account of libelous and baseless statements of the defendant against the plaintiff may be decreed in favour of the plaintiff.

Mazari is also the National Ambassador for UN Women Pakistan.

Videos of Muniba Mazari speaking about her life story, accident, and her former husband: