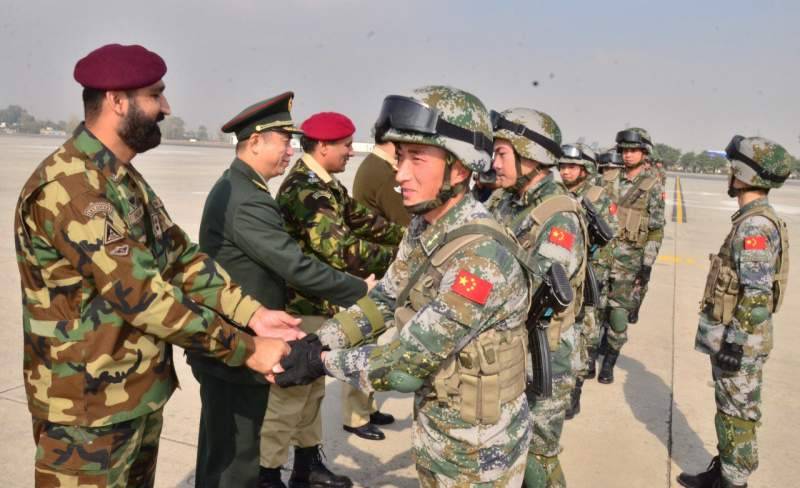 According to military's media cell, the troops of Special Service Group from both armies will participate in three weeks long exercise.

“Focus of the joint exercise is to share respective experiences in the field of counter terrorism operations and learn from each other,” stated ISPR in press release.

This is sixth joint exercise of the series as part of bilateral military cooperation between the two friendly countries.

According to a  Pakistan Air Force spokesperson, the Chinese contingent included pilots and air defence controllers.