Over 1,600 respondents participate in poll for global civil society organization

ISLAMABAD – A recent survey of Transparency International shows that 92 percent of Pakistanis believe that inflation and price hikes are highest under Pakistan Tehreek-e-Insaf government’s tenure as compared to previous regimes.

The National Corruption Perception Survey Pakistan 2021 displays breakdown of general public perception about the frequency and levels of corruption in the South Asian country.

Around 92.9% consider price hike to be the highest during the incumbent setup, compared to 4.6% who thought the same for the previous government of PML-N and 2.5% of the PPP government. 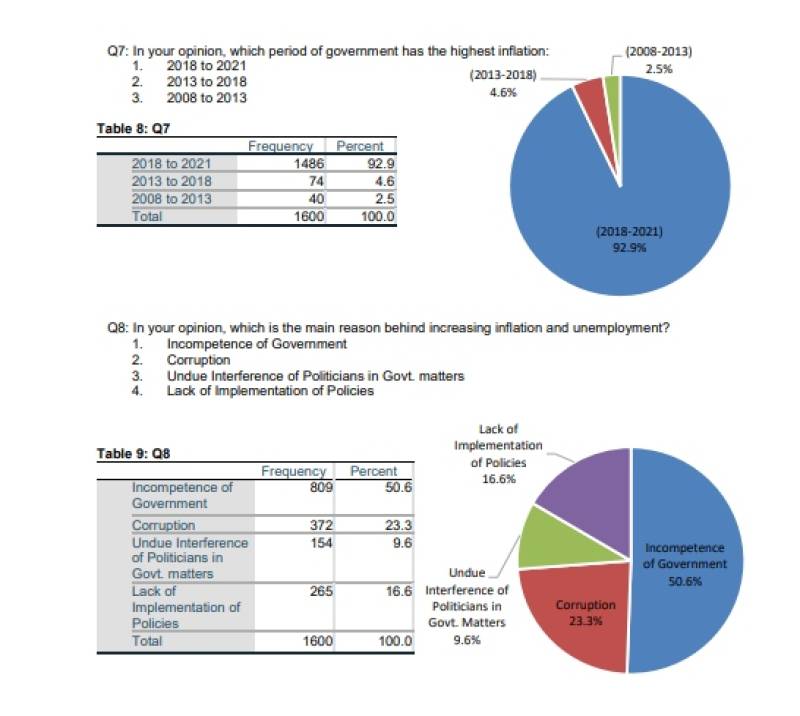 Some 85% of Pakistanis said their income levels have been squeezed during the Imran Khan-led government.

Police and judiciary turned out to be the most corrupt institutions in the country, according to the survey which said around 41 percent terms law enforcers as the most corrupt, while 17.4 percent voted for Judiciary, and 10.3 percent said the tender and contracting sector is dishonest. 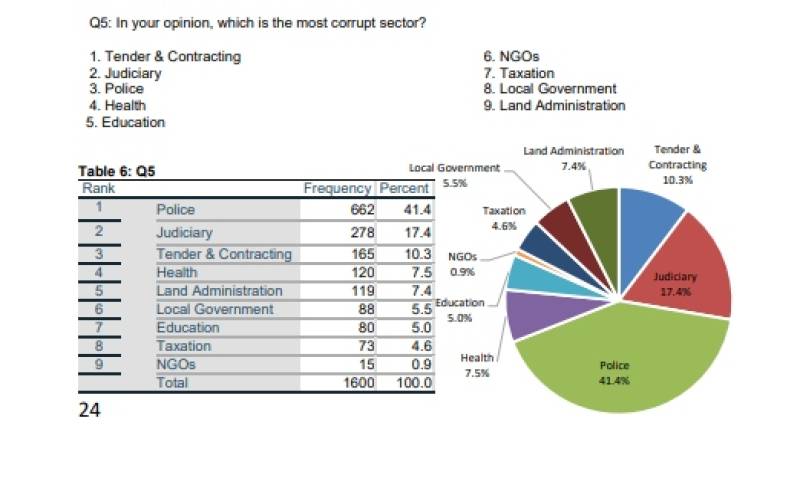 Furthermore, 72.8 percent of people believe that public sector corruption at the grassroots levels has increased in wake of the absence of local government.

KARACHI – A recent survey by research company IPSOS Pakistan has revealed that nearly 73 percent of citizens ...

The survey took responses from 1,600 people from four cities each in every region of the country, Transparency International Pakistan said.

The fifth most populous country ranked 124 out of 180 countries dropping four spots over last year in the Corruption Perceptions Index (CPI) by Transparency International released earlier this year.

ISLAMABAD – A recent survey of IPSOS has debunked the claims of the incumbent government about the improvement of ...