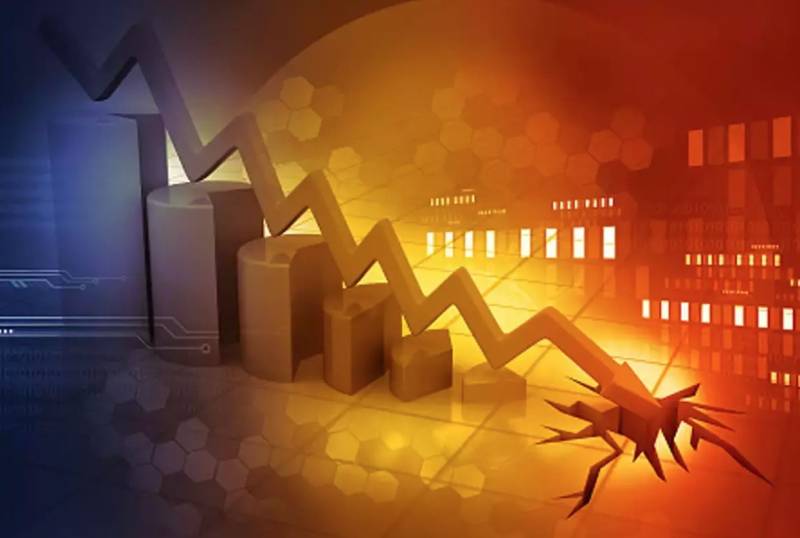 ISLAMABAD – A recent survey of IPSOS has debunked the claims of the incumbent government about the improvement of the country’s economic indicators as the Consumer Confidence Index has plunged and is even three times lower than in India.

The survey released by Paris based research firm on Wednesday cited that only 13 percent of Pakistanis think that the economy is on the right track, while the shocking 87 percent believe that the economy is heading in the wrong direction as inflation remains the topmost concern.

According to a recent poll, only 5 percent said personal financial situation to be strong while two-third of citizens fear it will stay weaker in the next 6 months. Only 10 percent expected that the economy would remain strong over the next six months – the lowest ratio in the past two years.

About one-fourth of the Pakistanis said that they expected the economy to neither strengthen nor weaken whereas 64 percent said the economy will weaken further.

Inflation remained the top concern for the citizens, with around 17 percent more people reporting it as a key issue compared to the last survey which was conducted around two months ago while unemployment and increasing poverty are the other two leading concerns for the citizens of the fifth most populous country. 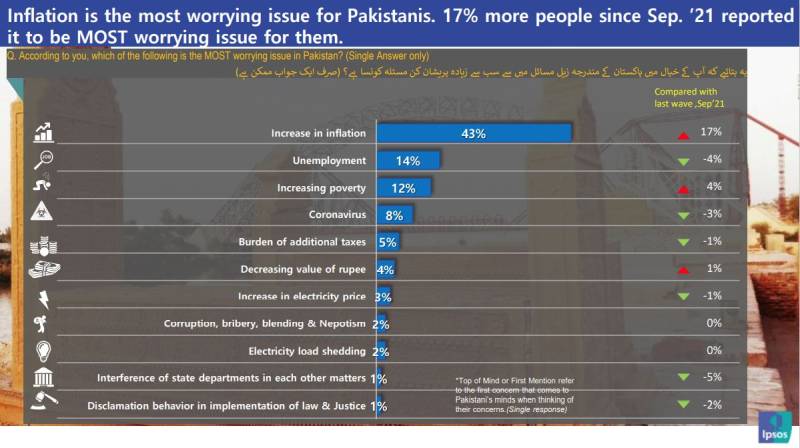 Around 85% of respondents felt less confident about their ability to save money and invest in their future. The remaining 15% were comfortable, which is the lowest level since September 2020.

The shocking results of the IPSOS survey also revealed that consumers were reluctant to make investment decisions other than having doubts about saving money and investing in their future.

Polls results are based on the data collected from 1,100 people – a size more than double the one used by the World Bank and other top organizations.

The survey, which thrashed the government’s claim that the economy is getting better, was released days after SAPM Shaukat Tarin revealed conditions for the revival of the IMF loan programme.

The global lender has projected 4-5 percent economic growth, which is nearly half of what South Asian nation needs to create new employment opportunities to curb poverty. The country’s economic conditions have remained brittle for many years however things get worse in the past three years.

On the other hand, PM Imran Khan earlier this month said the country fared relatively much better amid the rising global inflation.

“While an unprecedented rise in commodity prices internationally has adversely affected most countries in the world as a result of Covid lockdowns, Pakistan mashaAllah has fared relatively much better”, he wrote in a recent survey.